Taking a long-form approach to exploring Sekiro means that I deal in spoilers as my stock-in-trade. Imagine how asinine this entire process would be if I had to avoid spoiling things for people.

That’s when a thing happened with a ninja. I don’t want to get into the details, but rest assured swords were involved. Following that, I advanced the story through slow progression amid a level. If I told you about the level, then I might ruin things because the setting and conflict are interrelated. Dialogue between two characters added emotional resonance to the experience, but I can’t tell you about it because of the way it binds divergent plot threads, which as previously noted, can not be talked about.

Bah. Living like that is a single step above writing Game of Thrones recaps. That’s not a dig on people who do that, either. I used to write recaps on my old website, thinking the act would make establishment publications notice me and give me a job. Young Adam, the things I would tell you if I had an ethical time machine.

NB: an ethical time machine is one that will not let me go back in time to execute the Tannen Gambit (i.e. taking my knowledge of relative-future events and betting in such a way as to make myself richer than the wildest fantasies of gods and men). The ethical time machine can only be used for personal growth that doesn’t create timeline rending paradoxes.

Moving swiftly on, I thought I would take a break from the typical spoiler-laden travelogue/review and give people a taste of the scenery. Sekiro might be about swordplay and feudal obligation, but it’s also a profoundly beautiful game. Screen captures take on the quality of prints fit for homes and offices, alike. Even if one has no intention of playing the game, or reading this whole series (please read the rest of the series) a few moments to admire the art would be well spent. Clicking on pictures should enlarge them for your viewing pleasure.

For the Souls crowd, I’m also starting to see a hint of the verticality of architecture that was in the DNA of Dark Souls’ story. But that’s something for another time. Let’s get on with a look at the besieged Ashina Castle and its surroundings. 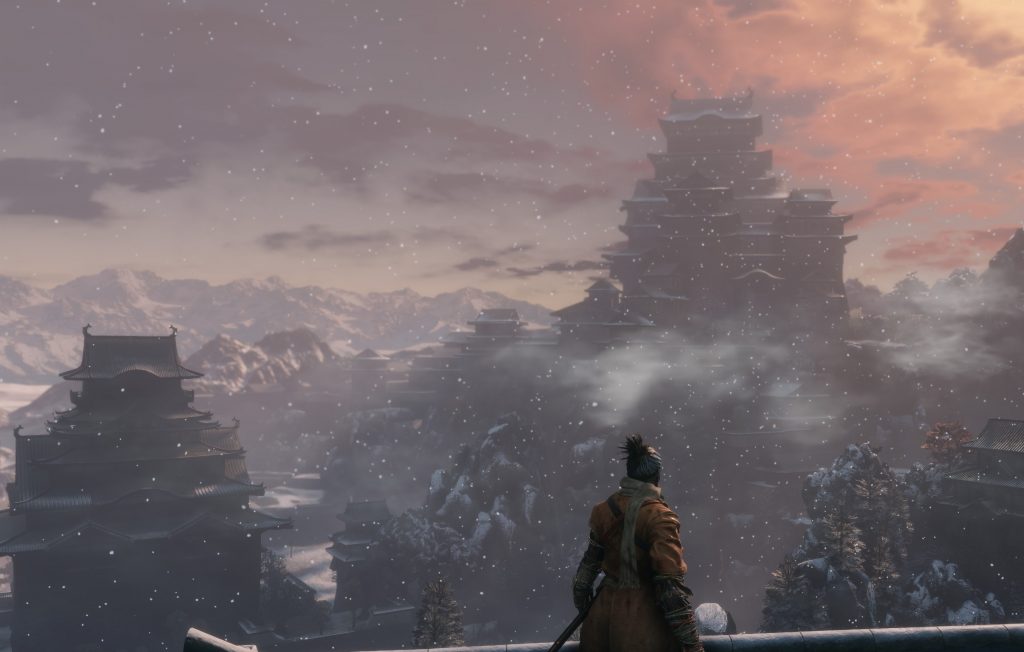 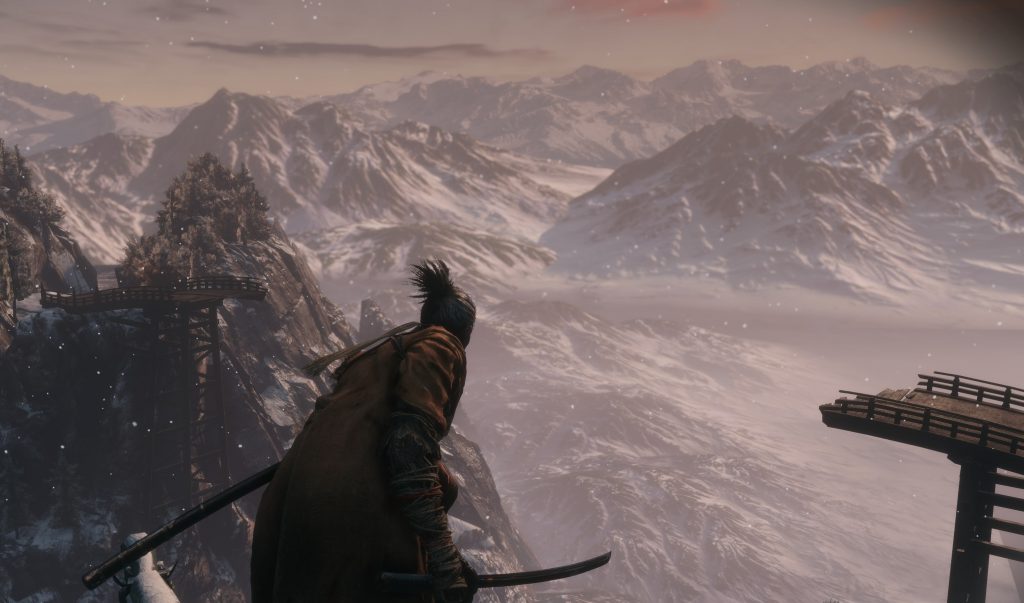 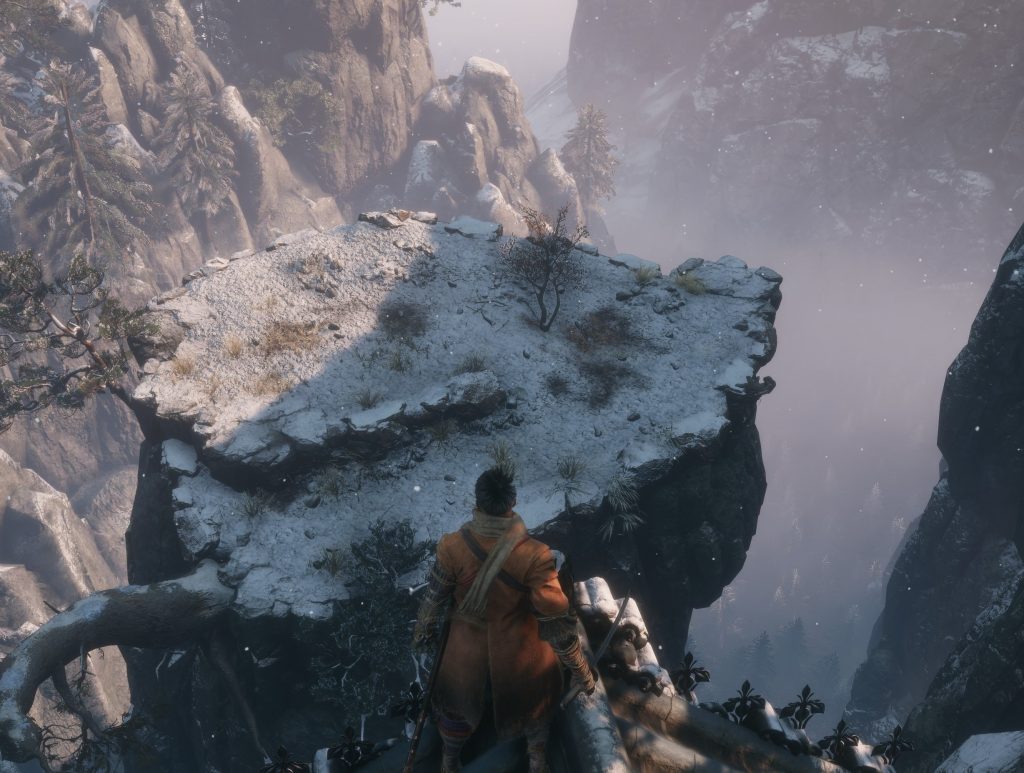 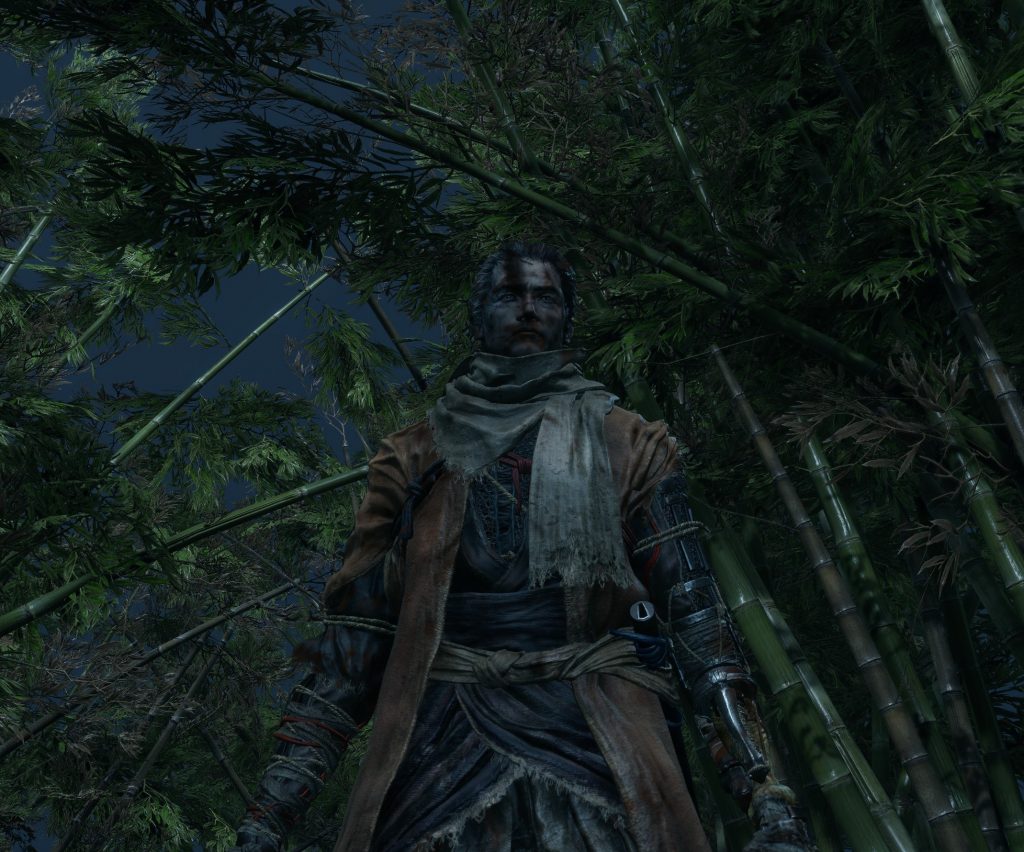 Portrait of my co-artist. He’s having a bad time.