I’ve rode the wild ride that is Attack on Titan since the subtitled version made its debut on Netflix in 2014. While the show’s never been perfect, I’ve always appreciated what was on offer. The series proved itself deeply layered and extremely clever in the way it built an uneven plot toward towering heights. The writing never answered more questions than it left the audience asking, which is why I never cared about the long delays between seasons. Half the fun was in the burn of not knowing, and then coming back for a fresh hit of rocket-ninja giant-slaying emotion-shouting action.

Amid that personal satisfaction, there were always voices from the margins of social media that scolded Attack on Titan. They decried it as the alt-right’s favourite anime, and threw around notions of complicity for people who watched the show. I never saw the connection. So I chalked it up to a case of the internet is going to internet.

For the first three seasons, about the first 6 years of the series, AoT was layered but wore its heart on its sleeve. The writing presented characters who questioned authority and fought the good fight. Where the royal government and church of humanity-within-the-walls used fear of the titans to press agendas of authoritarian inequality, the Scout Regiment stood defiant. They held to their mission to protect humanity-within-the-walls from all of its enemies – titan or human.

If nobility in defiance of authority was all the mal-adjusted fringes of the world were locking on to, then it was hardly something for which the show could be blamed. Fascism appropriates art towards fascism’s own ends. The art isn’t generally the issue. At least, that’s what I thought until we got to the end of the third season of Attack on Titan and…wow. The problem presented itself with all the nuance of the smiling titan picking up Carla Jaeger, biting her in half, and showering Eren and Mikasa in their mother’s blood.

“Hold on there, big shooter,” I told myself. “You know this story has stories within stories. Let’s extend this series the benefit of the doubt and see where things go.” So I did, and…wow. The writing committed to the bit (or should I say, the bite). For the life of me, I wish I could have been a fly on the wall of the writers’ room on the day they decided to flip the script and establish the relationship between Marley and Eldia. Surprise, humanity-within-the-walls is not the last bastion but a colony of Eldian exiles – all of whom have the potential to turn into titans.

This change would see Marley, a world-spanning empire and hegemony of the day, lock all Eldians in ghettos surrounded by barbed wire walls, guard posts, and machine gun nests. I want to know which writers put pen to paper on exposition that talks about Eldians having cursed blood amid a setting that looks like inter-war Germany. Yes, the technology and backdrops are a little different, but don’t let that distract you from the fact that Eldians wear armbands with stars on them so that they are always seen as “Eldian demons” within Marley’s borders.

Yeah, I’ll go ahead and give you a sentence or two to process that. Because yes, it is exactly what it sounds like. I really hoped it wouldn’t be. I hoped that there would be some sort of historical narrative that the series was trying to subvert with this, but at the time of this essay’s writing there doesn’t seem to be at this point.

Eldians, in addition to their latent titan powers, once had a titan-powered empire. This is Marley’s justification for oppressing the shit out of the Eldians while building their own jack booted empire. Since Eldians can only become Titans through the rigmarole of plot, the opening episode of season four showed us rank and file Elidians used as machine gun fodder in Marley’s forever war. I could also spend a lot of words exploring how Elidian children compete to be placed into a “warrior” program so that they might one day inherit the right to become titans who serve in the Marley military. I doubt you have the time, gentle reader, for me to go deeper into the narrative details. Frankly, I don’t think there’s a need. If the inherent ‘oh god, why?’ of this summary doesn’t make the point clear for you, then you might need more context than I can provide.

This story is supposed to be – or at least it demonstrably was – about how humanity is afraid of the Eldians and their titan powers. Ultimately, this should lead us to a reflection on how people with power will abuse that power to create monuments to their own glory. The audience got behind Eren Jaeger and the Scout Regiment because they refused to live in fear of those monuments. The perspective shift to the Marley warrior cadets, and the world of Marley at large, has used the worst possible symbolic crutch to illustrate that point. The slick military uniforms, jackboots, and armbands seem to exist without any effort on the writing’s part to interrogate the deeper meaning of those symbols. Say nothing for the fact that Eren Jaeger has now become the image of a titan that drove his righteous quest to wipe out all titans. In moments that are supposed to raise the stakes (vis-a-vis Eren in his Attack Titan form ripping humans out of their titans and eating them to gain their powers) all the writing has done is give its approval to Marley’s world view on Eldians.

Now, this isn’t to say one shouldn’t tell complex stories that explore themes of oppression. Nor am I proposing that narratives of oppression and resistance should somehow be clean, simple, and otherwise not challenge the audience to engage with a hard subject matter. But reducing Marley to Nazi-coded goons and Eldians to every eastern European person that was Othered and oppressed by the Nazis trivializes the actual history I want to hope the series is trying to explore. Particularly when the actions of the purported heroes validates the prejudices of the should-be antagonists.

Actions like these invites serious doubts about the intentions and integrity of the creative team in a way that undermines everything about the story to date. And make no mistake, there was a lot of story to date; most of it was pretty good. For my part, I can not recall ever thinking a story about becoming a monster to fight monsters would take such a singular turn. There’s a world of difference between Eren Jaeger becoming the Attack Titan to defend humanity-within-the-walls from being eaten by titans, and season four pulling the story in a direction that, through accident or design, now seems to suggest that both sides are equal within its narrative of jack booted oppression.

And the stink of it is, I might have been okay with something that took a forever war between Marley and Eldia and played with the perspective to illustrate the ultimate futility of their conflict. That would have been a worthwhile effort, and I think in some ways the story still might be trying to go there. But the moment Marley became an off-brand Third Reich, the critical conversation must respond by stopping, regrouping, and treating the witness as hostile.

Is this strange take what Attack on Titan was since the beginning? Is the show a long con toward presenting Marley (i.e. the oppressors) as victims, furthering the false dichotomy that says one must always consider both sides as equal in their opposition? Certainly that would explain why this world’s lunatic fringe has locked on to it. But might there remain even a glimmer of a chance that a the writers genuinely didn’t understand the consequences of giving Marley such a recognizable aesthetic? There’s a scenario where I can hope that these creatives wanted to offer a visual short hand, but didn’t have a historian in the room who could pump the breaks.

In either case, there’s no interpretation where this is a good look for Attack on Titan. I wouldn’t have had the Scout Regiment banner as part of my office décor – back when working in offices was a thing – if I had known that this hard pivot into historical myopia was coming down the pike. I’ll even admit to feeling a tangible loss as I watch a beloved piece of art fail to live up to the nobility of its subject matter.

Only months ago, I could have captured the ethos of Attack on Titan in a single heroic tableau. Scout Commander Erwin Smith standing on Wall Rose, maimed from battle with the titans, about to embark on the final mission to reclaim Wall Maria. Humanity-within-the-walls meets this moment, cheering Erwin and the rest of the Scout Regiment toward a destiny that they believed would bring about the end of the titans’ siege of humanity. I mourn that there’s probably no going back to Erwin Smith’s last stand. At best, the show’s legacy will be of a boneheaded choice that never really considered the context of using historical allegory as visual shorthand. At worst, the lasting subtext will be that Attack on Titan was a story that positions oppressed people as literal monsters, and the oppressors as serving a greater good.

Enjoy the following three minutes, and remember a happier time when these characters were still the heroes of their own story.

Revangelion: The Third Impact – An Introduction 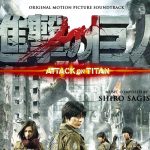 Ear-tack on Titan: The Case of the Mistaken Soundtrack