While everybody and their cousin is writing about Altered Carbon, I’m going to go in a different direction with a review of another recent addition to Netflix’s cyberpunk oeuvre: Ghost in the Shell, the movie we were all very angry about in 2016-2017. Remember those halcyon days when otaku and intersectional feminists united against a movie that promised to be the epitome of everything that is wrong with Hollywood adaptations? Those were simpler times.

Recognizing this movie as a product of Western media, it is tempting to try and deal with Ghost in the Shell as something wholly divorced from more than twenty years of source material. However, there’s a certain dishonesty in charting such a course when everything about Ghost in the Shell – save for some chillingly mediocre acting – shouts at the audience to remind them of the movie’s broader cultural context. Bearing this in mind, and after turning this movie about in my head for the last week, I’ve come to a conclusion that there is a single ingredient missing from Rupert Sanders’ attempt to adapt Shirow Masamune’s world: courage. This movie has no courage, and everything falls apart because of it.

Ghost in the Shell struggles to claim even the Cowardly Lion’s ersatz courage through a series of visual “yeah, but” answers to the criticism about casting ScarJo to play a Japanese woman-turned-cyborg. “Yeah, ScarJo might be white, but her character’s mom is Japanese, and one of the secondary characters doesn’t speak a word of English.” Yeah, no. There are no points for facilitating the most basic logical consistencies of making future-Japan a Japanese place. That falls under the heading of things one is supposed to do without the expectation of critical praise.

Likewise, the story seems to lack the courage to be its own narrative without constantly standing on the shoulders of its betters. It begins as an origin story that defies the implied GitS canon. It then quickly shifts into reskinning the themes and visual metaphors of Mamoru Oshii’s 1995 Ghost in the Shell movie while borrowing from the “Laughing Man” arc from 2002’s Ghost in the Shell:Stand Alone Complex. This yields a script peppered with tableaus that are meant to connect the audience to this cultural legacy. The efficacy of these touchstones will more than likely strike as tedious to anyone with more than a passing interest in the franchise.

Devotees of the ’95 anime will know that ScarJo’s scuba diving scene and subsequent tête-à-tête with her partner Batou (played with ever changing accents and zero volume control by Pilou Asbæk) is, if you will pardon the pun, a very shallow affair. It is something that grasps at conveying legitimacy through a historical connection. To me, it feels as contrived as a contemporary movie doing a tight shot on a shattered snow globe followed by lips whispering “Rosebud.” For those who don’t know the source material, the scene is little more than a throwaway moment between two emotionally stunted characters who – thankfully – eschew the “will they won’t they” tropes that would have reduced the entire affair from a below par pastiche to an absolute abomination.

As the movie jerks and stumbles toward themes better explored in the 1980s by Paul Verhoeven, it becomes increasingly difficult to discern if one is meant to take this story as either nostalgia or iteration. Arguably, it does neither particularly well. The Ghost in the Shell aesthetic is so masterfully crafted – perhaps the only resoundingly positive characteristic in play – that this movie would have worked as a shot-for-shot remake of Oshii’s anime. With a few twists and the strategic application of a file to the serial numbers, it also could have stuck the landing as a safe but marginally enjoyable sci-fi romp called FUTURECOPS 20XX. Instead, the writing and directing shoot for a compromise between the two, and subsequently end up worse than if they had just picked a lane.

This contemporary take on Ghost in the Shell feels so designed by committee, such a cloying attempt at pleasing everybody, that it fails to even outshine the likes of Robocop 2, which is itself a half-baked clown car that is utterly maladroit compared to its predecessor. Both Ghost in the Shell and Robocop 2 fumble through their own narratives about false memories, implanted personalities, corporate power, and an internal struggle to reclaim a sense of identity in a body that isn’t one’s own. Both try to be something grand, and ultimately both prove why an audience should stick to their predecessors. Because there is no greater mark of creative cowardice and unsatisfying character development than Sanders denying the “Major” her “Nice shooting, what’s your name, son,” moment. Instead of announcing herself as Major Motoko Kusanagi, a human who has reclaimed her identity despite corporate attempts at turning her into product, the writing doubles down on her identity as simply “Major.” A character of infinite depth (remember that scuba diving scene) ends her story as far removed from her humanity as this movie is from the ethos established by its predecessors. 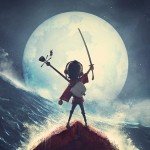 Fast Thoughts on Kubo and the Two Strings 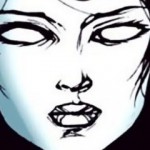 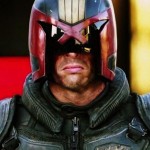