Bearing this in mind, I think we can add Judge Dredd to the list of satire that America has transformed into a best-case scenario (also see: Robocop, 1987). Judge Dredd, which began as a comic strip lambasting American police powers, doesn’t seem quite so bad anymore. At least Street Judges don’t kill a person for mouthing off and refusing to comply. In fact, a Street Judge who killed a citizen of Meg 1 in a fit of pique would lose their shield and spend about 50 years in an isocube.

5/5, American cops; I would rather deal with a fictional cop empowered to deliver summary justice without due process than one of you. Because at least the Street Judges know how to show a little restraint when confronted with a person whose greatest crime is being uncooperative. 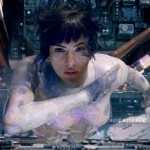