So my wife loves this show called American Pickers. I don’t see the appeal. Here’s the concept for anybody unfamiliar with it: the worst buddy cop duo digs through the detritus of the rust belt; thereupon, they buy things from people who used to work at the factory/mill/plant before Reaganomics happened. There’s a light gameshow aesthetic as the aforementioned pickers brag to the camera about the retail value of their newfound rubbish. Cut to: people crying over how the American dream has failed them, despite consistently voting Republican since Nixon, and now they have to give their possessions “a better home” via the “archeological” answer to a pay day loan operation. Rinse. Repeat.

What secret history? I can explain the history of the Knights Templar in a couple hundred words and with a few gifs for added fun. “Professor” Shaftoe, GO.

First a few words on The Crusades. The Crusades were a bad time in Human history. From where I sit, the Catholic Church has a long way to go in terms of offering something that might begin to pass as a meaningful apology for three hundred years of colonization, ethnic cleansing, empire building.

Now, to the topic at hand. We pretty much know exactly what happened to the Knights Templar. They might have got started as a tax-exempt mercenary force for the Catholic god, but they became something different by the dawn of the 14th century. The Templars were bankers.

Despite what Pope Clement V’s then rather recently formed Catholic Inquisition – an organization that was empowered by Papal Bull to use torture to root out threats to the church – had to say on the matter, the Templars were not heretics, demon worshippers, idolaters, sex cultists, or secret pyramid-venerating, relic hunting, crypto-Illuminati.

Templar power came from the fact that a person could put gold in a Templar bank in Jerusalem and withdraw that gold from a Templar bank in Brundisum. Keep in mind, this is a point in time where currency as we understand it does not exist. The value of a coin is directly proportional to the material that went into making it. Moving wealth in the 12th and 13th century meant moving physical specie. Transporting that kind of cargo makes a person vulnerable to pirates, brigands, or the Earth getting pissed off. Without inventing currency, the Templars had managed to invent the forerunner of modern banking. Not too shabby.

This trusted wealth transfer network, combined with previous Papal Bulls that exempted the Templars from tithe and taxation, put their order in a very strong and influential position. We also have to remember that the Crusades, writ large and as imagined by Pope Urban II, were about getting landless knights out of France. The Church could not have imagined that they would, indirectly, create an order among of those landless knights whose influence would rival their own. Sufficed to say, Pope Clement V was not impressed with the state of affairs and wanted a piece of the action.

Meanwhile, King Philip IV of France owed buckets of money to the Templars. The alliance of Church and state against the Templars was obvious and self-serving. Clement and Philip weaponized the Inqusition against the Templars, and in doing so invoked that old (apocryphal) chestnut from Ian McNeice’s Baron Harkonnen, “Never get more popular than the boss unless you plan on sacking him.”

And this was the thing, the Templars had no intention of upending the established order in France or the Crusader Kingdoms. But they kept pilgrimage routes safe and gave people a place to store some money, and that was more than the Church could do. About a dozen Papal Bulls criminalized the Templars, appropriated their wealth, and folded all of their operations into the Church.

That’s all there is to it. No Holy Grail legends. No secret orbs that lead to unlimited power. No sub-plots with Michael Fassbender in a jumping rig. The Templars had money, and the Church wanted it. Boring, banal, money ended the Knights Templar.

And now you know, and you don’t have to watch the History Channel. 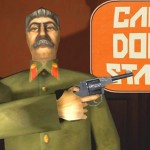