Two weeks ago, nearly to the moment I started writing these words at 1:30pm today, a team of surgeons were rolling me on to my back and opening me up for a bit of repair and upgrade.

Today, I’m sitting on my couch. I have a cat curled up next to me and my laptop in front of me. I can walk, after a fashion, about my own home. And even though I’m still waiting on the results of one last battery of tests, I’m feeling okay. Still filled with a churning brew of hope and anxiety, but generally, okay. The fear is under control. I know that even a complicated answer to the question of “what caused this?” is totally manageable from a medical point of view.

So you might be wondering what is on my mind today. Dreaming.

I was switched-off for three-and-a-half-hours. Turning me back on involved a long, drawn out, transformation from unconsciousness, to delta sleep, to REM sleep, and finally to the worst hangover of my life. I hope that you, gentle reader, will never have to remember your dreams as you come out of being shut down. One of the worst parts of this process was the feeling of helplessness that came over me as that first dream collapsed. I know, I’m borrowing a phrase from Inception, but there’s no other way for me to describe what happened.

What little I remember from undergraduate psychology is that a person in REM sleep is very close to being awake. The mind is able to access memories and core personality. And I think my unconscious mind knew exactly how scared I was to go under the knife. Why else would it give me a dream of the gym?

The gym is where I’ve taken sanctuary from fear and pain during this sixteen-month long dog and pony show. I never felt stronger than when I was working out – except for the first time my leg gave out on me and I fell off an elliptical glider. Notwithstanding that, there was no greater reminder that I was in charge of my body than being able to hit an hour of cardio. In this dream, I was in a spin class, alone with a personal trainer. What better dream could there be for a man who had temporarily lost the use of his leg?

A sex dream? Perhaps. But since they had a catheter in me (everything shuts down) I’m glad my mind spared me that particular jaunt.

The dream didn’t last long, but it also lasted an eternity. In the real world, the doctors and nurses wanted me awake. I assume they hit me with some wake-up juice to help my body start metabolizing the anesthetic. In the dream world, I could feel myself slipping away. I was in two places at once, upright, sweating, and pumping on a bike in one place. Prone, aching, and afraid in the other. I fought to hold on to the dream. It had to be real. The other place was the construct. More and more of the dream faded until I was finally awake in the real world – awake to the desert of the real.

A nurse to my left.

No doctors standing over me. Good.

I tried to lift my leg, and it moved.

I rolled my ankle, and it flexed.

I grabbed my crotch, and there was a tube coming out of my junk. But at least I could still feel it.

I was alive, and I didn’t seem worse off than when I went in.

The first few days after that were far from fun, but I one of the hardest parts of the affair – from a mental point of view – was coming out of anesthesia.

I didn’t want to let go of that dream. I fought for it. My best friend wanted to come check on me at about 6:30pm on surgery day. It was a reasonable request since the surgery finished at roughly 5:00pm. I should have been awake for that. Obstinate as ever, I refused to let go of the dream. The nurses wouldn’t let me have visitors in post-op until I was fully awake. I fought hand over fist to keep the dream and hide from reality. Only the intrusion of surgical pain into the fantasy finally sold me on which world was real. I ached for the loss of the dream. 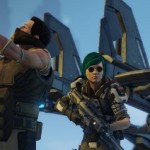