There’s probably a longer essay in this, but for now I’ve stumbled upon something very interesting in revisiting XCOM 2.

One of the many conveniences Firaxis added to XCOM 2 is the ability to save stock characters. This means I can kill my friend Matt Moore over and over without having to constantly re-roll his character on each new play through – sorry, Matt. What I didn’t know is that XCOM 2 starts a fresh game with a player’s prefab characters loaded into the starting pool of useless bullet sponges rookies. Sufficed to say, I was a little surprised when this guy took the field for Operation Gatecrasher. 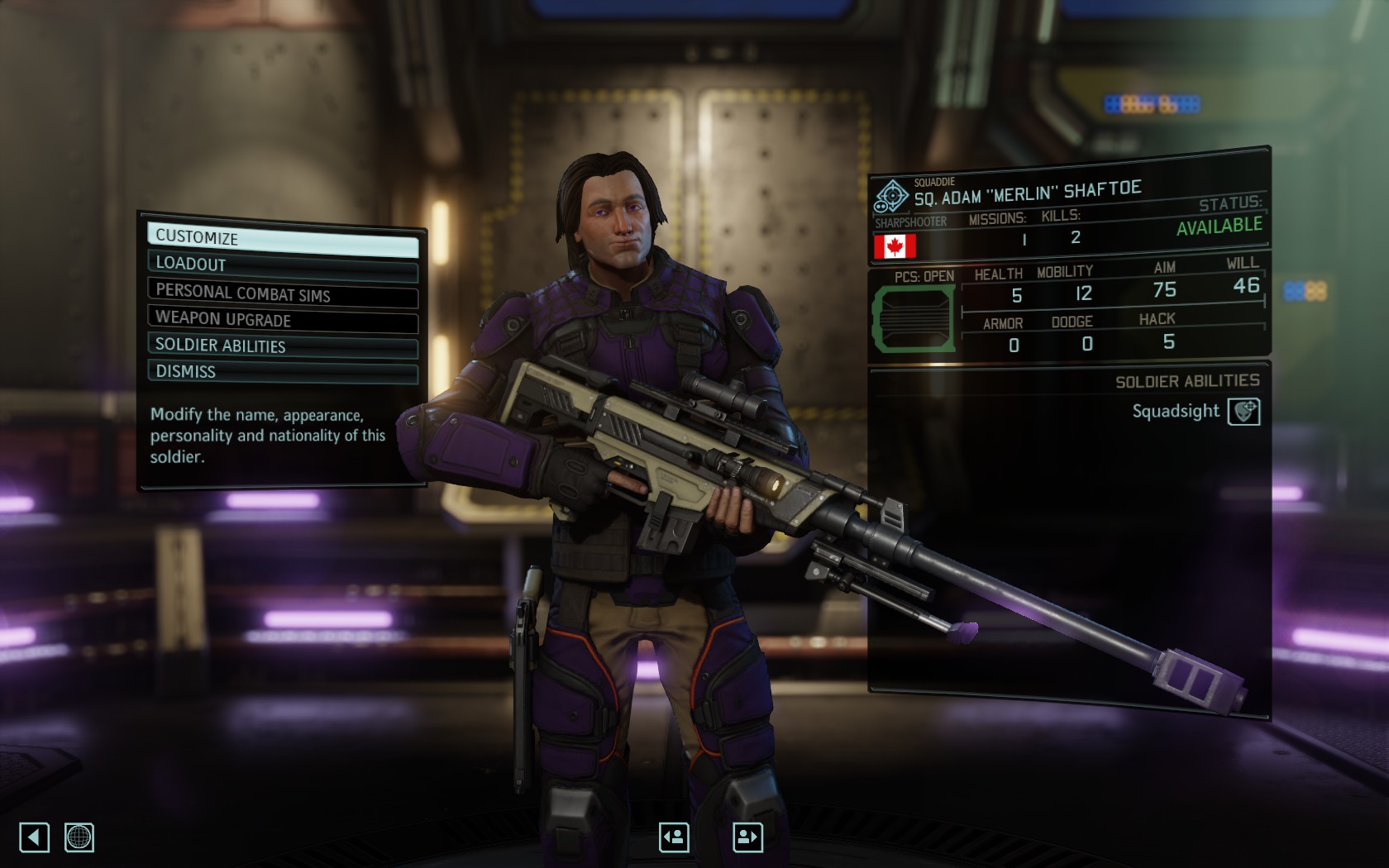 There’s an ongoing argument in game criticism circles. Some people think that games are about fantasy and escapism. Others, myself included, think they are more about agency and giving the player a sense of control. XCOM/X-Com illustrates the agency side of things because the characters are never power fantasies. They all start off equally useless in the face of the alien invasion. Playing on ironman mode (i.e. if a character dies, they stay dead, and there is no going back to load old saved games) introduces a certain terminal risk into each mission. All things being equal, an avatar has the same chances of dying as any other player controlled character. To that end, Merlin Shaftoe’s best attributes as a rookie are the natural volume in his hair, just like mine when I don’t cut it for six weeks, and his/our ability to look resplendent in purple.

Back when XCOM 2 came out (prior to two rounds of back surgery on my part) Merlin was a conscious projection of myself into the game’s digital space. He was a manifestation of how I imagined myself fighting through an alien invasion and occupation. There’s a certain amount of ego in making a character like Merlin, but there’s also a metric fuck-tonne of agency in being able to define myself down to the smallest detail. Now, I see something of a stranger when I look at him. Since leaving the hospital in June, I’ve styled my meatspace appearance in the likeness of General Zod from Man of Steel: my hair is cut within an inch of my scalp and I sport a chin beard.

In the wake of surgery and impending radiation therapy, Merlin Shaftoe has transformed into an artifact of my own personal history. This is a video game first for me. I’ve rolled characters in RPGs that might be injected with some element of my personality, but they are just that, characters. Hiraku the Mage in Pillars of Eternity or Commander Adam Sheppard in Mass Effect. My style of play in XCOM, combined with a non-narrative game mechanic, has led to the creation of a museum of past-self projection.

This raises the question, how is this any different than looking at a photo of my meat self from a year ago? Moreover, how is this any less ephemeral than Facebook reminding me of banal status updates from years in the past? I’m not sure, yet, but I know that it is different.

To be continued…hopefully as a long-form essay on some other website that will pay me for my words. 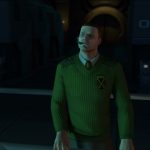 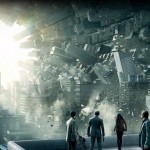 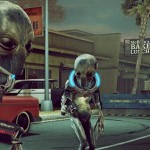