There’s a movie coming down the pipe called, The Death of Stalin. Based on what I’ve seen in the trailers, it is a mad cap romp through the power vacuum that existed in the Soviet Union following the titular death of Josef Stalin. The movie features a venerable cast including the likes of Michael Palin, accused sex pest Jeffery Tambor, Steve Buscemi, Jason Isaacs, and Simon Beale. As of this essay’s publication, the movie has a 96% fresh rating on Rotten Tomatoes. This leads me to ask one very simple question: what the fuck is wrong with the people who thought this was a good idea?

This is not about irrational outrage or attempting to a review a movie before it has been seen. I’m writing these words to ask a fundamental question on who thought there would be comedy gold in writing about Stalin’s inner circle as if they were the Bluth Company. Because if there is a candidate for worst person in human history, Stalin would be a strong contender. In fact, if you Google “Stalin Atrocities” here’s what the top page of Google looks like. 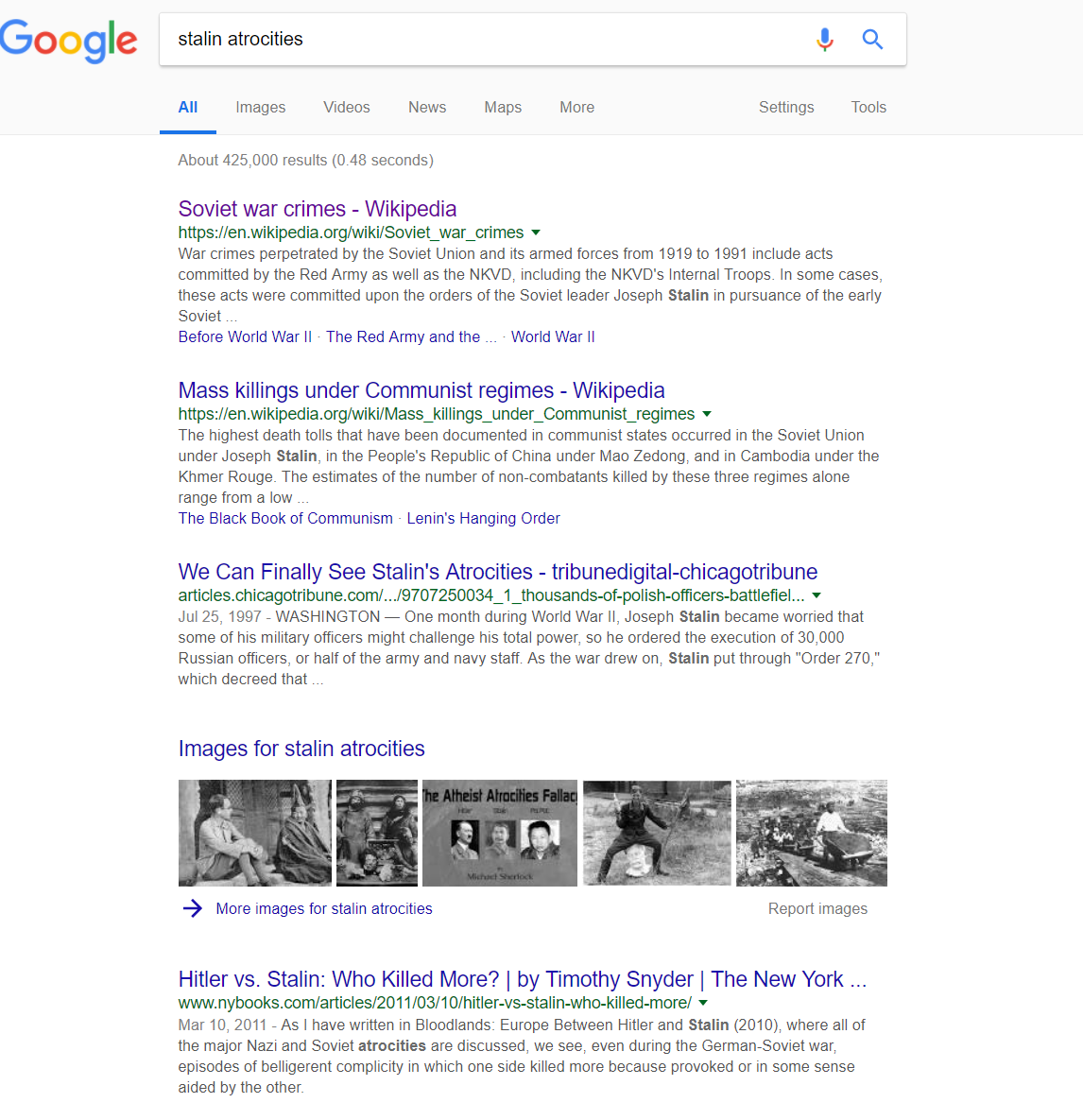 Stalin presided over purges, forced starvation, mass rape, mass murder, and pretty much any other terrible thing you can imagine. This is not an opinion. This is not an allegation. This is fact. And the people around Stalin were not victims of circumstance but active players in these atrocities. For example, Field Marshall Georgy Zhukov encouraged his troops to pillage, rape, and burn during the advance into Germany. The murders and rapes that occurred under his watch – not of German soldiers but German civilians – number in the millions. I guess Jason Isaacs’ agent forgot to give him that little piece of information before he signed on to a movie that plays those deaths for laughs.

Lavrentiy Beria was the architect of the NKVD, which presided over the Soviet Secret police and executed Stalin’s Great Purge. Beria was also a known rapist even within the culture of information control that existed in 1950s Soviet Russia. But I guess Simon Beale, Commander of the British Empire, is cool passing Beria off as zany and eccentric.

Granted, sometimes comedy needs to be offensive in the service of something greater. Comedy can deconstruct power. Comedy can challenge the status quo. But more than half a century after Stalin’s death, I would question what power this screenplay is examining through such a gross and willful ignorance of the history underwriting its setting. What can be gained by inviting the audience to laugh with the monsters instead of laughing at them? That’s not a rhetorical question, either. That’s a question that every person should be tweeting at director Armando Iannucci from now until the end of time.

But here’s what really gets me: where this movie is content to ignore the consequences of the historical strongman, Voltron Legendary Defender – a children’s cartoon – manages to rise to the occasion.

VLD’s fifth season sees the death of Emperor Zarkon, following his 10,000 year rule over the galaxy spanning Galra Empire. The succession crisis after Zarkon’s death shows a struggle between warlords, bureaucrats, spymasters, Zarkon’s illegitimate son, and the Galra partisans who want to burn the entire empire to the ground. Battles are fought over the remnants of the empire. People are killed. Where the Voltron paladins are apt to play almost anything for laughs – remember, children’s cartoon – this particular episode is sober, brutal, and well aware that when a man with an iron fist dies, the grave seldom loosens his grip.

So congratulations, Mr. Iannucci. From where I’m sitting, you’ve been outclassed by a cartoon about teenagers who drive magic robot lions. Rest assured I am going to be digging out my old monographs on Soviet history in preparation of reviewing the fuck out of your movie when the time comes. 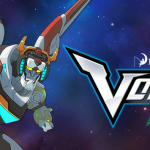