Alien Isolation is the sort of game that sets my varied tastes against each other. The science fiction fan in me rolls his eyes at yet another derivative affair attempting to cash in on the Alien franchise without doing anything other than splashing about in Ridley Scott’s tidepool. The horror fan loves the idea of creeping through the dark, retro-futuristic corridors of an immensely atmospheric and painstakingly crafted game. At some point, however, a person has to stop admiring the scenery, set aside debates about genre taxonomy, and consider what a game is doing to engage its players amid an interactive medium. In the case of Alien Isolation, not all that much.

At the time of this review I’ve put eight hours into Isolation, and the majority of my time – when not being shot at, choked out by androids, or mauled by a xenomorph – has been dedicated to a digital orienteering session. My great accomplishments in Isolation involve navigating a map, collecting garbage strewn about a space station, and hiding from literally everything that moves. It’s about as exciting as it sounds.

Yeah, it is, and I give the Creative Assembly all the glory for building a stunning and flawless rendering of Alien’s blue collar/corporate dystopian future. What a shame my only function in this world is so passive and uninspired.

Players assume the role of Amanda Ripley, daughter of Ellen Ripley – currently lost in hypersleep between Alien and Aliens. We learn that Ripley the younger, an engineer by training, has spent her adult life working for Weyland-Yutani as a means of looking for her mother. The game begins with the black box from the Nostromo showing up aboard a space station called Sevastopol. Known for its good nature (sarcasm), the Company sends Amanda as part of the recovery team. At that moment (i.e. the very start of the game) the entire affair transforms into System Shock.

I’m not joking. Were it not for Isolation milking the Alien licence for every drop of ambience, I would think it an intentional homage to System Shock. Allow me to annotate my evidence.

I could go on…

The key difference between the two is that System Shock didn’t set out to disempower its protagonist/player. Isolation is trying to be different through its creation of a game where the player’s only special powers are their wits. Alas, most of the “out thinking” of one’s foes involves throwing a noisemaker down a hallway and then hiding in a broom closet, hoping against hope that the aggressor isn’t smart enough to check the most obvious human-sized hiding places.

How is this cowering in-line with the Alien aesthetic? It’s been a while since I watched Alien, but I don’t recall the crew of the Nostromo spending two hours cowering in the corner, praying the xenomorph didn’t find them. If memory serves, they made flame throwers and attempted to flush out and kill the xenomorph.

I mean, I get it, not all video games have to be gun-toting power fantasies. Spare me the lecture. But as a fan of Alien (and Aliens) I take exception to the Ripley name being reduced to a character whose component parts are equal measures of skulking, cowering, and being perpetually on the edge of losing her shit. Ellen Ripley blew a xenomorph out of an airlock while half naked. Ellen Ripley duct taped a pulse rifle to a flame thrower to take on the queen xenomorph. Whatever gene governs balls of steel and epic MacGyvering must have skipped a generation in Amanda Ripley.

More generally, the focus on running and hiding makes for, in my estimation, a proscriptive and dull affair – at least compared to the likes of System Shock. Therein, when an android tried to murder me, I wouldn’t be punished for shooting it in the face. When confronted with the same in Alien Isolation, I’m meant to run and hide. Game mechanics punish the violent option with either death or a pyrrhic victory. Flavour text during loading screens reminds/scolds a player that “Amanda Ripley is not a violent person.”

Well neither was her mother, at least not inherently. Ellen Ripley is memorable because of her ability to endlessly rise to the occasion. Ripley found strength within herself when faced with an inhuman and seemingly unstoppable enemy. After eight hours of play, I’m not seeing any such potential for growth in Amanda Ripley. She runs, hides, and collects garbage, which becomes the zeitgeist of the game.

Alien Isolation is hide and seek on a space station. And even if the space station half of said equation is amazing (and it is) I outgrew hide and seek several decades ago. “A” for effort, Creative Assembly. Sevastopol Station is amazing to explore. Alas, taking the gunplay out of the first-person point of view and replacing it with a game too sophisticated for most non-toddlers isn’t the best use of the Alien setting that I can imagine. Still, it’s better than Colonial Marines, so I guess that’s something, right?

Wubba lubba dub dub. See you next week, everybody. 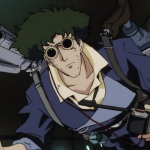