This weekend I had a rare stretch of 48-hours absent social engagements, family plans, or pressing deadlines. Save for doing a truly impressive amount of laundry, nothing and nobody demanded I put on the pretense of being a functional adult. In celebration of this luxury, I gorged myself on a glorious weekend of pop culture. Here’s what I watched, played, and read.

Television – The Legend of Korra

Netflix Canada finally got its act together and acquired the first two seasons of the The Legend of Korra. I honestly didn’t plain on mainlining Korra’s entire first season; it just sort of happened that way. And now I finally understand why people wouldn’t shut up about this show. Frankly, I don’t want to shut up about Korra, even though I’m three years late to the party.

It’s remarkable how series creators Michael Dante DiMartino and Bryan Konietzko matured the tone for Korra from what they established in The Last Airbender. The creative team kept pace with its key demographic getting older by ageing up Team Avatar. The core characters are now old enough to navigate complex emotions without having to resort to awkward slapstick as a conceptual smoke screen.

This added maturity (and agency) for the primary characters leads to a story that is, likewise, much more sophisticated than anything seen in The Last Airbender. TLA is monomyth 101. Aang has his journey. Enemies become friends. Good triumphs over evil. Korra’s story engages with ideas rooted in sociological and political dialogue. How do people live in harmony with each other when some people (i.e. elemental benders) are inherently more privileged and more prone to success than non-benders? What is the value of the individual and their labour in a world that is growing more industrialized? And, perhaps most importantly, what is the function of the Avatar in a world where science and politics can supplant her abilities and subsequent place in the natural order of things?

Dear Netflix, get the rest of the show.

In things-that-are-more-current news, I spent some time with beta and press builds of Battlefleet Gothic: Armada. The latter I can’t talk about for a few more days; trust me when I say I really, really want to talk about it. The former remains a glorious testament to the enduring appeal of the Warhammer 40,000 universe.

Named after the eponymous tabletop wargame, Battlefleet Gothic: Armada is about age-of-sail style combat in the grimdark far-future of WH40K. The beta lets players assume command of a small fleet of an Imperial, Ork, Chaos, or Eldar ships and take to blowing up other players or AIs. Bearing in mind this is still a work in progress, I nonetheless feel confident in saying everything about this game is glorious to behold. On an aesthetic level and as a vector for entry into the WH40K setting, I’d place Battlefleet Gothic on par with the likes of the original Dawn of War or the more recent Space Marine. Each fleet embodies both the technical details of the source material (e.g. Imperial ships are great in knife fight but weak at long range) and also the tone of each 40K race. You’ll know what I mean when you first press the big, red, “make the ship go fast” button in the Ork command panel.

That’s right, I watched Jaws this weekend. Netflix Canada added it to their library, and my wife, it turns out, had never seen Spielberg’s best (fishing adjacent) movie. Don’t worry, she liked it. I don’t need to file for divorce.

I will admit to being a little put out after seeing the average Netflix rating for Jaws as three stars out of five. Are there people in the world who think Jaws is a “meh” movie? If so, what is wrong with those people? Do they need a hug? I’m not the one to deliver said hug, mind you, but I’m certain a hug can be arranged.

Despite its age, Jaws easily lives up to contemporary scrutiny. The photography and editing are so masterfully done that it presents more as a period piece than a slice of nostalgia. Granted the shark looks a little goofy to modern eyes, but carcharodon carcharias isn’t the real villain of the story. The shark is a force of nature, nothing more. The antagonist(s) are the city fathers of Amity Island, who refuse to think about anything other than how closing the beaches will affect small business. Now consider how the last forty years have seen an increase in the culture of politicians pandering to small business. The notion of putting the good of business ahead of the public good should be even more resonant with audiences now than in 1975. Furthermore, the consistent message of this narrative thread is why we never need a remake of Jaws.

DO YOU HEAR ME, HOLLYWOOD. WE NEVER, EVER NEED A REMAKE OF JAWS. DON’T YOU FUCKING DO IT.

Screening Jaws also provided a pretense for watching this clip of “Steve” Spielberg getting snubbed for a best director nomination. It would seem like the best picture versus best director debate is not a new one.

I’m half way through reading James S. A. Corey’s fourth Expanse novel. So far, I find it superior to Abaddon’s Gate but less slightly less enthralling than Caliban’s War. In fairness, a lot of things were blowing up in Caliban’s War, and there were Martian space marines in powered armour fighting super-powered monsters. Also CW had many chapters with both Chrisjen Avasarala and Bobbie Draper. Anybody, particularly Holden and Havelock, would have trouble following the Avasarala-Draper show.

I’m told Cibola Burn is the book where Naomi Nagata comes into her own as a character. I guess I haven’t quite got there yet? Because even removed from Holden as a POV character, Naomi still feels like an appendage of Holden’s narrative.

On a tangential note, is it fair to have a conversation about The Expanse novels in the same breath as David Weber’s Honorverse? Though the scale of the setting within the Expanse novels is smaller than that of the Honorverse, both strike me as engaging with some similar ideas. The key difference between the two appears to be the willingness of The Expanse to parse our extra-Terran activities as an effort at staving off the entropic death of the species. The Honorverse treats human survival as a done deal, and thus seems to reflect a bit more standard space opera optimism. 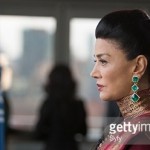 A Few Thoughts on The Expanse Season 2 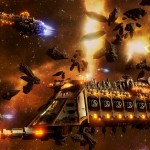