Episode eighteen comes along with all the nuance of late-stage Quinten Taranto. It smashes its fist through the audience’s chest cavity, and in the instant of neural flurry that follows, as one’s brain attempts to process the impact into some sort of recognizable pattern, a breathy voice whispers “yes.”

Is Gendo the monster of the story? Yes.

Are the angels trying to save us from ourselves? Yes.

Is Shinji Gendo wrong for wanting to destroy the world? Yes.

Can he Shinji be forgiven for thinking that there’s nothing more to life than pain? Yes.

[Retrospective note: A reminder that Past-Adam got it in his head that Shinji was the decider on Instrumentality. Yet another monument to Evangelion’s tenuous structural integrity. Also, there are a lot of retrospective notes in this one. To make them stand out we will use the following formatting trick

My question at this point is a familiar one: did it really need to take this long for us to get here?

Exploring the ebb and flow of Evangelion requires revisiting the lingering question of how Evangelion applies misery and suffering to Shinji Ikari. To wit: how long can a series heap sadness onto a character before the audience hardens to feeling pain by proxy of an anxious teenager? In my essays on episodes sixteen and seventeen, I submitted that we may have hit our limit on those fronts. The crisis of episode eighteen would seem to show that Hideki Anno concurred.

Except he didn’t, because the trauma from this episode lasts about fifteen minutes before the demands of the story require Shinji to get on with his life. One could say that life demands the same from all of us. We could reflect on social pressures that demand we get on with the job at hand even when we are hurting. However, I’ve invested too much of my life into this project to start getting generous with the subtext. The bait and switch on Shinji’s happiness persona is too inconsistent to justify the effort.

The episode begins with Shinji still ignorant of the fact that Toji Suzuhara agreed to pilot of Eva-03. Shinji is literally the last to find out, not because people are keeping things form him, but because people are trying to spare his feelings. Recall my point in the last review – the series wants us to see that people (not Gendo) are generally kind to each other. Kaji gives the audience and Shinji another reminder of this fundamental kindness as he temporarily moves into Misato’s place.

Oddly, the obvious lechery that one might expect from Kaji spending a weekend at Misato’s is nowhere to be seen. He makes the kids go to bed early, and then gives Shinji some above-average parenting, suggesting there’s no real way to know another person. Instead, we would do well to merely understand ourselves.

In that moment, Kaji has shined a light on Shinji’s, and humanity’s, only path toward a happy ending. It’s a callback to Bizarro Shinji telling Prime Shinji that he needs to learn how to see himself the way other people see him. If Shinji understood that people cared about him as a person, not just because he is an Eva pilot, he wouldn’t trigger Instrumentality [threaten the gestalt equivalent of locking himself in his room.

Once again, I could have cleaned up past-Adam getting this wrong to make myself seem smarter. I think it’s more interesting to leave in the mistakes. It demonstrates how it took three trips through this series to really make me understand that Shinji was only ever along for the ride.

This does raise an interesting thought experiment on what would happen to this character if they weren’t driven by self-loathing. What’s the “congratulations” moment for Shinji absent Instrumentality? I submit it doesn’t exist. The demands of a series that wants to destroy the world while the creator forgives himself for his nihilism needs Shinji adhering to the train tracks of his life, hence the recurring metaphor. 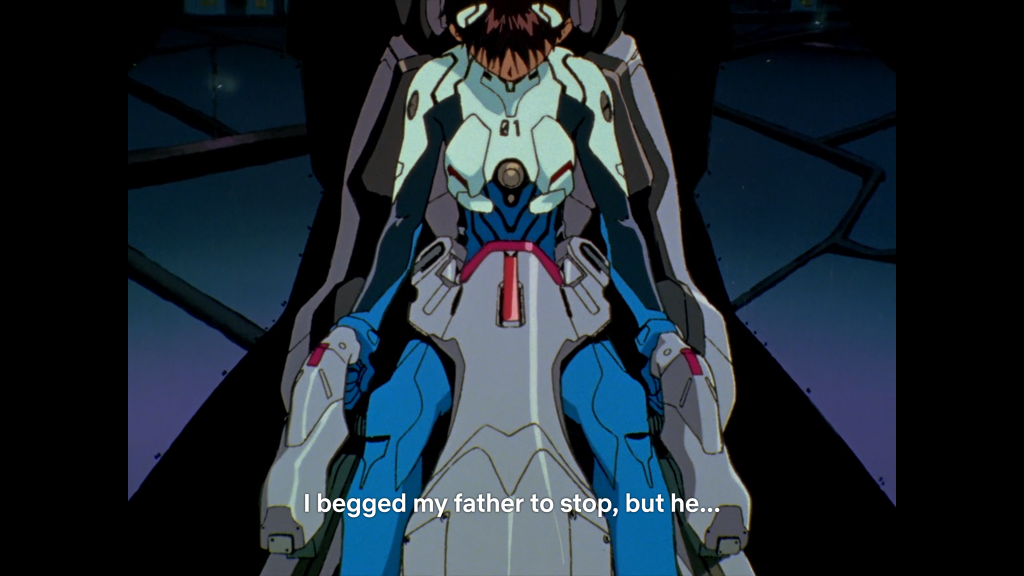 Gendo is always going to know more than the audience and the characters around him. He’s playing quantum chess while the rest of us are stuffing nachos into our gobs and cheering on an episode of Robot Wars. While it’s obvious that Gendo, as a character, wanted the suffering of this episode to happen [or is at least fantastically indifferent to it], I’m less certain on if the audience is meant to see things that way.

When Eva-03 powers up and transforms into an angel, it causes an explosion that takes out NERV’s field operations team. The Eva then walks all the way to Tokyo-3, as angels are wont to do. This should strike as the first oddity with this battle. Evas have a five-minute lifespan when not plugged in. One might be willing to conjecture that Unit-03’s infiltration by an “angel” created an S2 engine as a force multiplier. More likely, Unit-03 was equipped with the S2 engine that was “destroyed” when NERV’s second base in Nevada was destroyed. This would mean that Unit-04 didn’t explode, so much as Gendo had Eva-03 blow everything the hell up.

The conveniently limited explosion from Eva-03’s was just strong enough to take Misato and Ritsuko out of the operation without killing them. How amazing that the seemingly limitless power of an Eva was so strategically contained. Good thing Gendo was finally at the base when an angel attacked so he could assume direct control of the mission. How very convenient, indeed, that he wasn’t off larking about like almost every other time an Angel attacked. It is as if he knew this might be coming. But why would he need to engineer a situation where his tactical operations officer, who has proven highly effective at killing angels to this point, was out of commission?

Because Gendo needed to break Shinji.

Reality never proves nearly so interesting as the conspiracy theories that we imagine in the face of a random and chaotic universe. Hideki Anno was throwing narrative pasta at the wall, and I was turning it into an impressionist painting.

I would also point out that my getting things so wrong signals how we are not brought along with Anno’s vision. Rather, the writing leaves us to stumble into the Grace of enlightenment…either that or Wikipedia. We can debate Evangelion’s beauty and pain all we want, but it is not particularly useful if most of its audience doesn’t get what is happening. 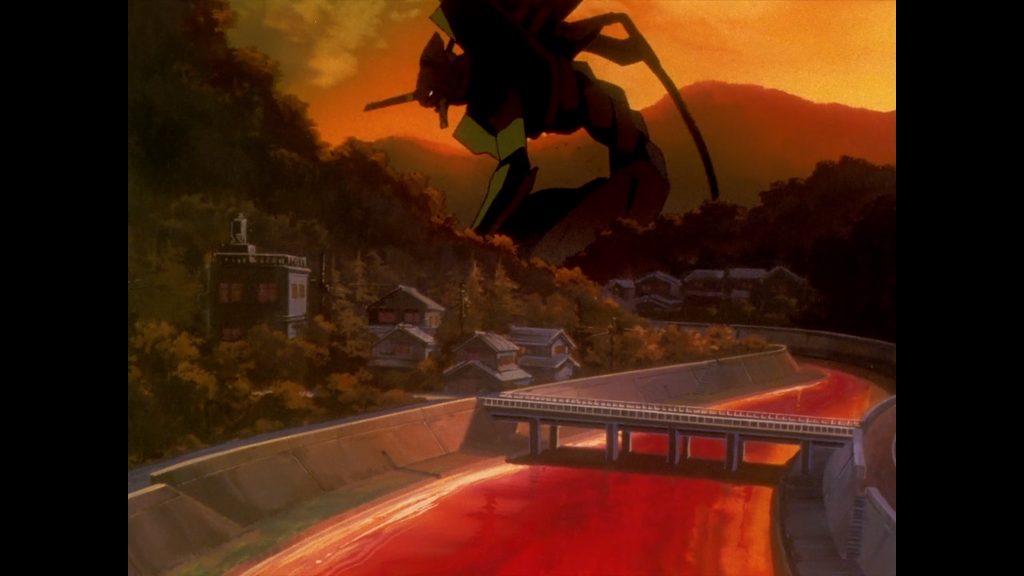 The battle between NERV and Eva-03 makes a spillway run red with mecha blood. So often Evangelion is a series of amazing visual set pieces tied together by a bullshit effort at preaching to the audience.

The only thing that made Eva-03 a force to be reckoned with is the fact that Gendo’s tactical directions consisted of assuming the Gendo pose and telling his troops to engage Unit-03 in a one-on-one capacity. Working together, the three Evas took out Matarael (the spider eyeball acid angel) and Sahaquiel (the falling out of space angel) without much effort at all. Surely a rampaging, but unarmed, Eva shouldn’t be a threat when Unit-02 is armed with a recoilless rifle and Eva-00 is armed with a fully-automatic rifle. Pay no attention to the fact that Tokyo-3 has an entire military-industrial complex’s worth of Eva-sized guns hidden in the walls.

The only reason the kids fail is because Gendo/Hideki Anno wants them to fail.

The real elegance of this plan is that Gendo wins no matter what. We thought the plan was failing when Shinji refused to take action against the rampant angel/Eva. However, this allows Gendo to not only run the dummy plug without Ritsuko’s meddling, while removing the last of the evidence that he probably had an S2 engine installed in Eva-03 and used it to destroy NERV HQ 2. The process also lets Gendo well and truly break Shinji. Gendo is smiling because he is winning.

We are never going to find out the truth of any of my conjecture in the previous paragraph. Moreover, there’s no meaningful reason, beyond abject cruelty, for Gendo to break Shinji. This is what my past-self could not figure out, but was afraid to tell you. Nothing is served by Gendo being a dick. Yet it happens with such impact that I assumed there was a cause to it.

As for destroying NERV’s Nevada base, it is probably nothing more than an easy contrivance that would make the audience give a damn for even the slightest moment. I so desperately wanted to see a Xanatos Gambit in this episode, but the reality is much more pedestrian. There’s no deep reading to this other than what the audience is willing to invest. These characters make choices in service of an end, not because the writing has a plan.

Gendo’s victory solves the problem of heaping death by a thousand cuts on to Shinji, who had largely become as numb to the pain evoked by his shitty coworkers as the audience. His low-grade ennui of merely going through the motions is shattered with absolute agony at the end of this episode. It is, in a word, amazing. It’s also about time that Evangelion got out of its own way and did something other than tell the audience to stay tuned.

Oh past-Adam, how sorely disappointed you are going to be when all of this agony amounts to little more than another plot point that is presented, resolved, and forgotten. This is probably why my past-self forgot about this episode. It should be a crisis for the series. It should mean something in the grand scheme of this narrative. It doesn’t though.

What really strikes me is that this is the first time that this episode has ever landed with me. How could I have forgotten that Eva-03 was an “angel,” and that it would be the thing to finally break Shinji.

Looks at the camera like Jim from The Office

Six useful episodes of Evangelion remain – the last two are such hot messes that I don’t have any expectation of taking anything from them.

Except that I actually did, which is how I know I am wrong about this episode.

I really thought my past-self and my present-self were coming together. We seemed so close to synchronization (see what I did there). I guess I still had some fight left in me on that point.

Reflecting on the last point from my past-self, I think the extent to which Gendo wants to throw the switch is clear. All he wants is Instrumentality. His motivation is found in the end of humanity and its rebirth in Instrumentality. It’s less clear why the writing in this episode makes him so barely capable of pursuing that goal. If the Angels are working against Gendo’s plan, then why is he so bad at fighting them off? Are we to believe he’s stupid? That seems a stretch. Why make him take the least efficient path to defeating Eva-03, unless it is part of a plan?

I don’t blame my past-self for needing to make sense of this episode, so much so that he built the episode up well beyond what it is doing. There’s no shortage of trappings in episode 18 that demand close scrutiny. Yet when the episode is put within the context of the rest of the series, it proves little more than a flash in the pan.] 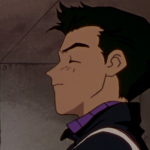 Revangelion: Part 17 – The Cruel Fourth to be Qualified 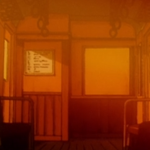 Revangelion: Part 16 – The Cruel Sickness Unto Death, and Then… 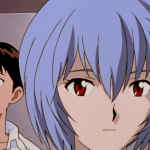 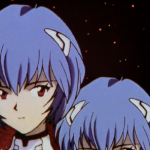 Revangelion: Part 14 – The Cruel Seele, the Seat of the Cruel Soul