At the risk of becoming the quintessential old man who turns up his nose at the mere mention of new things, I don’t have high expectations for Blade Runner 2049. Wait, please, don’t go. This isn’t going to turn into one of those rants about how remakes, as a rule, are terrible. I promise.

The issue at hand reminds me of Barthes’ theory on the death of the author. Philip K. Dick’s source material, Do Androids Dream of Electric Sheep, left the central question of Blade Runner as an ambiguous thing: is Deckard a replicant? Textually, there is no answer. For Ridley Scott, the answer is a loud, obnoxious, resounding yes. For the audience, the question doesn’t matter, and Scott’s instance on auteurial control actually works against the emotional coda of the film.

Tears in the rain. Deckard is hanging on to the side of a building for his very life. In what should be a moment of triumph for Roy, we see this artificial person becoming better than the people who created him.

Roy extends kindness and compassion to the man who has spent the entire story running him down. The ostensible machine shows the audience his capacity for growth, compassion, and most important of all, empathy. Empathy, according to the internal rules that govern the Blade Runner setting, is the measure of humanity. The VK test, itself, is meant to evoke emotional responses and measure its subject’s capacity for empathy as the thing which delineates humans from replicants.

Once Roy sees himself in the dangling Deckard, he passes the VK test. Roy Batty is a human. Humanity is not imbued through creation, but earned through experience and suffering. This is the beauty of the movie. Ridley Scott’s jobber endings and post-production edits that turn Deckard into an obvious replicant don’t really matter because the audience has divorced Scott’s intent from the general reading of the story.

Which brings me to why I’m not disposed to like what Blade Runner 2049 is selling. Quoting the AV Club’s recent promotion of the new 2049 trailer:

“The aging replicant [implied to be Deckard] tells the increasingly less skeptical cop that his kind has been hunted down shortly before a small aircraft busts into his hideout, proving his point.”

If the new movie is taking replicant-Deckard as a first principle, it’s fair to ask if Denis Villenuve (and Executive Producer Ridley Scott) are trying to reclaim the original auteur’s narrative? If Rick is a loud and proud replicant, then Roy doesn’t really pass his practical VK test. Nor does Deckard, for that matter, as his flight with Rachel would be no different than Roy et al lighting out to Earth from the offworld colonies. All involved are little more than automatons enacting a protocol for self-preservation – defective machines who thought themselves greater than the sum of their parts. There’s no recognition of self in the “other,” and as such the capacity for empathy becomes much more dubious.

I don’t like such a grim interpretation, primarily because I will never see Rutger Hauer’s final scene in Blade Runner as anything less than Roy’s transformation into a human. Be that as it may, the Blade Runner 2049 trailer speaks less to introspection and more to the tired dynamic of humans versus machines; it presents as a reclamation of Scott’s self-important vision in defiance of what the audience has made of his film. Through that lens, I fear we’re going to end up with something that will be less Blade Runner and more a very highly stylized send up of 2004’s I, Robot. 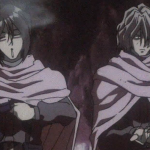 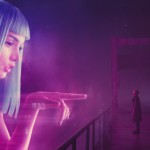