The first time I watched Neon Genesis Evangelion I was a sullen university student who hated his life. I don’t know that I liked the series, but I identified sufficiently with Shinji for the series to stick a befuddling landing.

The second time I watched Evangelion I was winding down my old review website. I felt like I had something to prove. Every review, essay, journal article, and think piece that said Eva was brilliant made me that much more resolute to prove that the show was facile and frustrating. If senpai wouldn’t notice me, I would burn senpai to the ground.

In light of all this baggage, I don’t know how I can offer up a review, at least not in the classical sense of the word, on Evangelion. I’ve seen too much. I know too much.

When I tried to see what other people see in Cowboy Bebop, I ended up pointing at one episode after another, demanding to know what other people saw that was somehow eluding my sight. I don’t want to give Evangelion the Adios Cowboy treatment. Rather, I want to take one final run at Evangelion to see what I can see now, as a reasonably okay version of myself. How have I evolved in the face of this much feted and (allegedly) layered narrative? 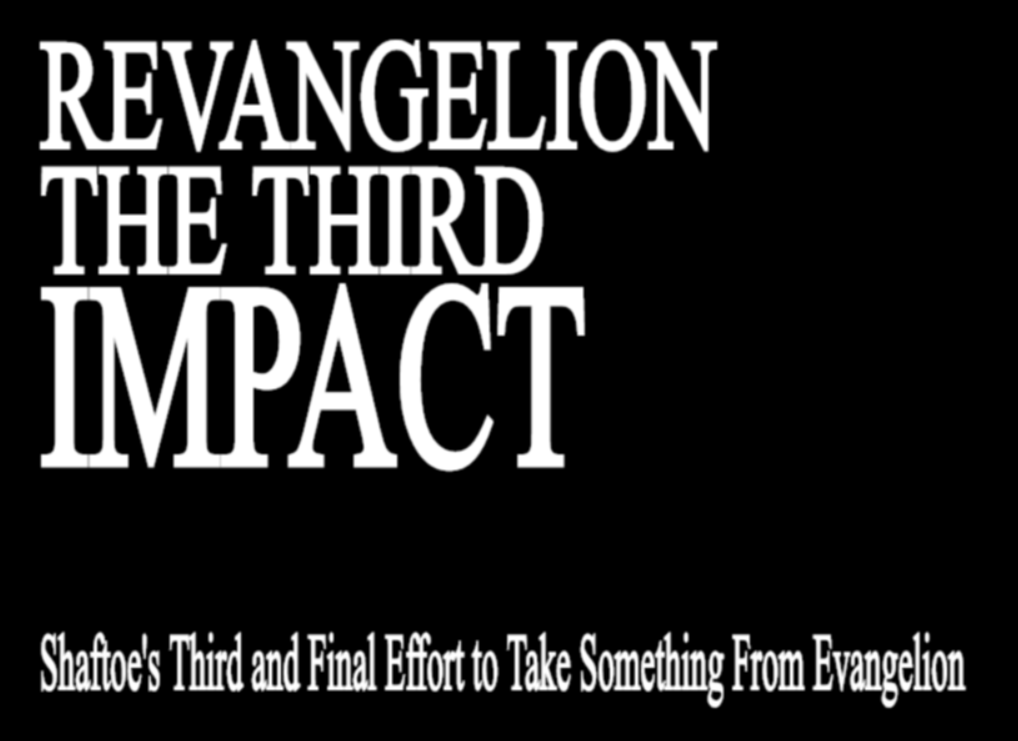 So, this is not a review.

Nor do I want this to be an extended piss take; whereupon, I keep snarking at the same thing over and over again. For real, though, this whole story falls apart with a single HR person working at NERV.

Instead, I want to try and ask a few more interesting questions:

What does this series make me feel?

What is it asking me to do?

What should I be taking away from it?

Is there anything to take away from it?

Forget about what other people think and subsequent MFA hay making on reading into every dram of (tedious) religious symbolism. I’m not looking to mine smartness points out of Evangelion.

Why am I doing this? 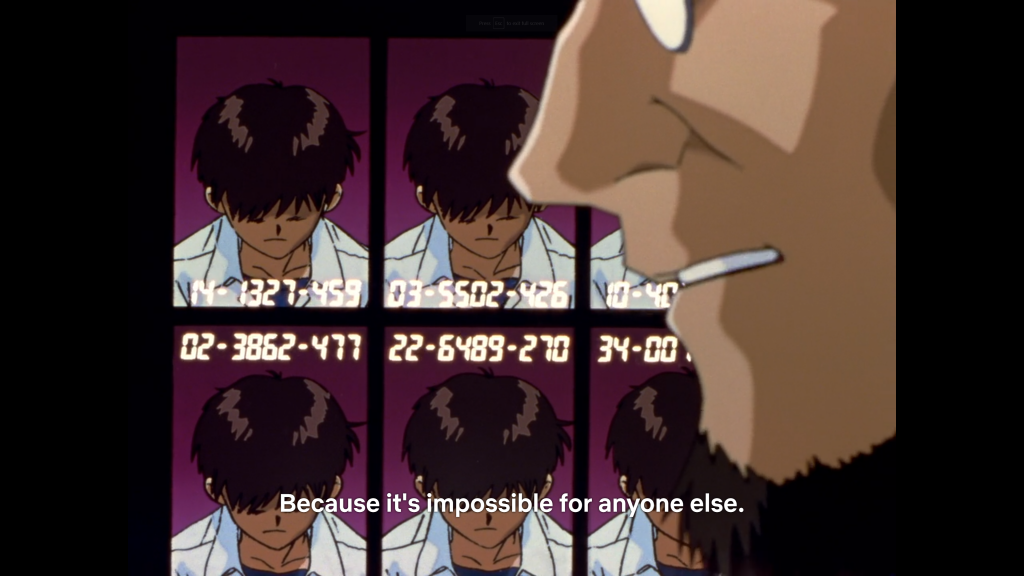