There are few things in the world that get me to do something faster than someone of “influence” saying that something I like doing, arguably my thing, is passé or somehow beneath the dignity of what one ought to be doing as a real writer. Once I get past the initial wave of “oh god I’ve wasted my life” anxiety, I very quickly shift into the phase where I embrace the desire to climb the tallest tower and shout, “I’ll fucking show you what is passé.” Which brings us to Adios, Cowboy: my new experiment in long-form reviewing.

So what’s it all about? Some time ago, I was killing time in an airport, and I saw someone whose work I admire tweet that the 1998 anime series Cowboy Bebop taught them some fundamental lessons about science fiction storytelling. And it just so happens that Cowboy Bebop falls into the category of seminal thing I know I should have seen by this point in my life but have somehow managed to never watch. As I thought more about this gap in my science fiction knowledge, the ideas started to coalesce.

What if I went through each episode of Cowboy Bebop and reviewed the series, episode-by-episode, eschewing he basic question of “is this good,” for a more granular examination of what each episode does to tell its story? What rules does it follow? What rules does it break? How and where do the episodes connect together? How does it navigate character focus versus story focus? What happens when a modern viewer/writer digs into Cowboy Bebop 20 years after the series’ release not as an arbiter but as a learner? I think that’s could make for some good writing and reading, that’s where you come in.

No, wait, don’t go. I promise this isn’t a Kickstarter pitch. I mean it. I have all the tools at hand to do this. I’m making a big deal of this because I want to learn from my past mistakes when I reviewed Space Battleship Yamato 2199. That was some of my favourite writing on The Page of Reviews. It was also some of the most frustrating writing; therein, after I was done writing about 20,000 words on the subject of imperialism and post-imperialism in space opera, people had no idea I had done the thing. So this time I am going to hedge my bets.

For the next 4 to 6 weeks I am going to prep reviews of the first 13 episodes of Cowboy Bebop. This will allow me to release two reviews a week for the following seven weeks. During that time I’ll be posting daily project updates via the new production diary section of my website *points up*.

Adam, isn’t this what a newsletter is for?

Sure, but screw giving out my home address to be CASL complaint.

Adam, is this part of your plan to make Shaftcoins a thing?

No, and how in the hell would that even work?

Okay then, so why such a weird approach to doing things?

Because lately it’s been too easy for me to blow off writing in favour of (insert thing here). I want a way to keep myself honest while having some fun doing something new. Also (points up to the top of the post) I want to prove that there’s still value in writing things that aren’t the hottest take or the longest thread on Twitter. So head over to the production diary because the fun has already started. 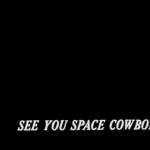 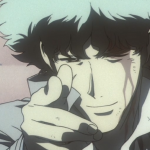 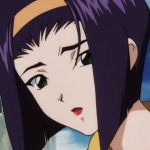 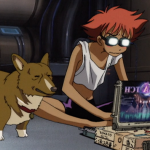