In so much as one tries to keep their mind free of preconceived notions when reviewing a game, it’s hard to avoid comparing Stars in Shadow to Master of Orion 2. So much of Stars in Shadow’s aesthetic, from its strategic map to its combat system, feels like a love letter to Simtex’s 4x gold standard. Bearing this in mind, let’s ask a question: is Stars in Shadow an exercise in imitation or iteration? At the time of this review, I think it might lean a little more toward imitation.

Now before the torches and pitchforks come out, let me say that imitation is not a bad thing, nor is it poorly executed here. Stars in Shadow is a thoroughly enjoyable game. In the context of being a two-person effort, its achievements are commendable. My biggest issues orbit around how Stars in Shadow feels like it is missing the things that would draw a player’s attention to what it is already doing well. To wit, there’s no tutorial. Though anybody who has played a 4X game should be able to muddle through SiS’s fundamentals, this self-discovery did nothing to highlight the way SiS says, “Yeah, Master of Orion but we cleaned house a bit.” On that front, let’s talk space combat.

Compared to the original Master of Orion, with its doomstacks of unhittable Alkari fighters, MOO2 always felt a bit punitive in terms of fleet limits and to-hit rolls. Not so with SiS. Want to create a fleet of glass cannon missile boats screened by three dozen destroyers? Or perhaps you fancy twenty battlecrusiers tanking for a carrier group?  Then again, maybe you’re a person of simple tastes, and you would rather let a few super-dreadnaughts backed by a death star do your talking? If there’s one thing that Stars in Shadow excels at, even when compared to the likes of Stellaris, it’s creating a system where the player has a sense of freedom in ship design and customizing their wall of battle.

And yet there was nothing to lead me to this glory. I had to stumble through its finer points on my own. A sign post telling me I didn’t have to manually redesign a ship during the refit process would have saved a bit of time (Note: A recent update fixed this issue). Likewise, my muscle memory from MOO2 had me moving individual ships when I could have been double clicking on one ship to highlight many and thus exercising command at a squadron level. The same goes for not immediately grasping that there is a pretty thorough cause/effect chain for the tech tree, even if it isn’t instantly obvious. This is where a tutorial would have been a benefit to the overall experience. It not only shows what’s special about the game, but it would point to the elements of elegant UX which might otherwise be overlooked amid a generally minimalist interface.

SiS’s diplomacy and AI, both of which are so often the bane of strategy games, pass muster as being capable if a little bland and straight-forward. Diplomatic interactions are generally limited to aliens begging for food/building resources/money or asking for help in a war. There’s also the typical relationship status changes (i.e. requests for trade deals, non-aggression pacts, and military alliances) but beyond that, there’s not much to the “exploit” aspect of the game.

One quirk worth mentioning, only in that it reminded me of the messy nature of a frontier conflict in Babylon 5, is the ability to effectively camp an unclaimed solar system. On more than one occasion, I sent a squadron of light ships to picket a solar system ripe for colonization. I expected a declaration of war when my ships got into a shooting match with those of an alien government. Instead the game continued without consequence. Internally, I could write it off as the sort of thing that happens in neutral space – a diplomatic incident unworthy of a change in formal relations. At the same time, it felt like a bit of cheese on my part. Surely there should have been some diplomatic consequences for me.

Overall, Stars in Shadow has more going for it than marks against it. As we revel in the resurgence of grand strategy and 4X games, it’s nice to have an option that can be finished in roughly ten hours and is absent a legion of DLC shouting, “BUY ME.” It’s also important to remember that the titans of 4X games cast a long shadow over those who would seek to build in their space. Creating a mythos in the wake of the Endless universe is a daunting task. Who could hope to rival Stellaris in terms of scope? Could anything live up to the nostalgic impression Master of Orion burnt into our psyche? For it’s part, Stars in Shadow is wholly capable and quite competent amid a genre where the audience has come to expect nothing short of excellence. This can skew perceptions on the part of the audience, who are apt to see a B+ as an F. Being good in the face of the fantastic is still good, and potential galactic despots would do well to remember it.

The Q&A on Ashdar Games’ website says they have plans for post-launch additions (Note: Some of which have already taken efffect since the time of this review’s original writing). It’s my hope that whatever comes to pass will polish some of the areas where the game is more than the sum of its parts. If they do that, I have no doubt it will stand a little taller among its peers. 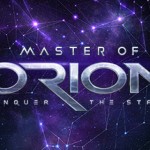