I found out that Sekiro was a thing about a week before it released. My friend Dave sent me a message along the lines of, “Have you seen this?” I had not.

I think it took me all of an hour to imagine this review series/video game travelogue after watching my first Sekiro promotional video. I saw it as a way for me to do something new as a writer. Maybe add something new to the tired hot takes and races to jam out the most sales-friendly thousand words as fodder to whatever asshole gods govern review aggregation. 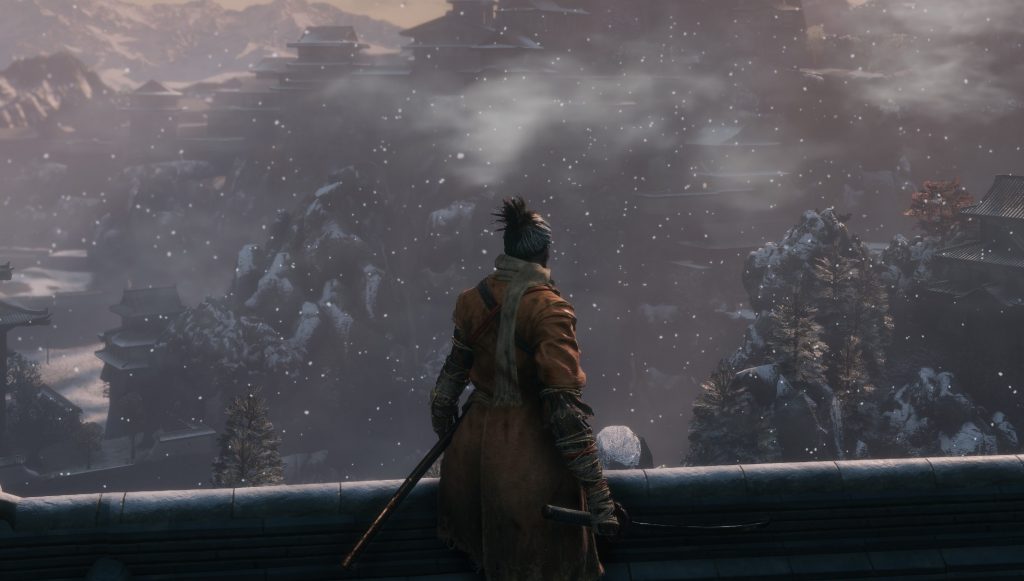 Here I am at, Camp Granada.

Once I got playing/writing, I started jabbering on to another friend about all the ways that Sekiro was improving on Dark Souls and iterating the Souls-genre into something new and probably quite unexpected. His response to my wall of text was along the lines of, “Yeah, that’s cool. I like how it makes me feel like I’m playing Tenchu again.”

That notion gave me pause for reflection. I’ll take it as a given that mindless nostalgia is often a bad thing. Uncritical nostalgia is the reason why people think it’s cool to threaten someone’s life over Star Wars. There is, however, something special when a game, either directly or indirectly, shows its relationship to an ancestor. I know I’ve had more than one Tenchu moment in Sekiro. These typically occur while hanging off a ledge, waiting for an unwitting foe to cross my path as a last act before getting gut stabbed and tossed off a cliff. Bearing that in mind, I feel like I’m a hell of a lot more successful at Sekiro than I ever was at Tenchu.

This conversation further served as a reminder that there are going to be many truths to a game as rich and deep as Sekiro. Even as I craft head canon, read into the game’s dialogue, and wax philosophical over Sekiro’s healing system, I know there are going to be corners and angles left unexplored. Inevitably, people are going to have vastly different experiences with this game than what I am offering. For my purposes, I don’t want this series to make any pretension at objectivity. This is a deep dive into what I’m taking away from Sekiro. This might end up being exhaustive, but that doesn’t make it authoritative or correct any more than there is one right way to experience a country on vacation.

I’ll risk accusations of sentimentality to say that I unreservedly enjoy the fact that this game can tie people into so many other cultural touchstones. A game that can evoke fond memories of the past while providing its own narrative is one that is worthy of a person’s time and attention.