A few days before Saturnalia, I found this in my inbox.

I saw that you ran a Kickstarter campaign and wanted to reach out. I work at Patreon; we help authors and writers get ongoing funding directly from their fans and subscribers.

Here are some artists that are killing it on Patreon:

Seanan McGuire makes $6,997/month writing fiction and she was just featured as Patreon creator of the week…Also, a NYT best seller.

Wait But Why makes $14,806/month writing stick-figure-illustrated blog posts about almost everything.

If you want more to learn more, check out the info here, including the frequent questions the bottom.

Background: I think I ran that kickstarter for a total of ~$300 in 2012. I was coming off working at a call centre and my new job was not the most stable thing in the world. More than 1/3 of the money on that campaign came from two people – you know who you are and I love both of you.

A few days later I got this…

Oh, also, I wanted to send along some research that we put together to see if it would be useful.

“5 Metrics every creator should be tracking” is a post that goes over data from over 25,000 creators looking at engagement, retention, audience sizes, etc.

Check out more info here for explainers, FAQs, what other creator’s say about us, etc.

I deal with analytics and data in my day job. Unless I’ve relapsed into my EVE Online “addiction,” I really don’t feel like measuring engagement and retention during my off hours, ever. Then came this…

I just wanted to check in about Patreon. Did you have a chance to check it out? What do you think?

Answering each question in turn: I haven’t, and I don’t care. Today, this…

Totally cool if you’re not into Patreon, but maybe you could give me some feedback as to why?

We’re always making our product better and I’d love to pass something along.

It’s been a bastard of a week for me. I spent most of Monday at a near-to-a-panic attack level of stress while I waited for CT scan results. All clear BTW. Fuck you, cancer. On Thursday, I had a first-hand lesson in surviving a Stalinist purge. Sufficed to say, I’m in a bit of an odd headspace today. Perhaps I took things too far with my new friend Danielle D?

My apologies for not responding to your previous emails.

First and foremost, I salute your perseverance in continuing to reach out to me. You’re either a spambot of Turing-quality capabilities, or a tenacious staffer who has made the mistake of vastly over-estimating how many people care to hear my blather. Assuming the latter, allow me to offer some context on my writing career, such as it is.

My first foray as a “writer” came in the form of a review blog that I published for six years. During those six years, I wrote between 2k-5k words per week. My primary channel for promotion during said time was through Twitter.

As of this email, I have exactly 679 followers on Twitter. I would say that at least 90% of my @mentions come from about 10% of those followers. So I have to ask myself, do I really want to make the 68, or so, people who I talk to on Twitter, many of whom I consider friends, feel like they need to part coin from hand to support my making scatological jokes at the expense of M. Night Shyamalan’s latest crime against cinema? I already get free books, video games, and movie tickets simply by asking for them. Is that not enough? Taking a step back from my own life, do I really want to contribute to the slow death of paid non-fiction writing by putting myself out there on Patreon as if to say, “I’m good with the fact that writers are seen as so many galley slaves?”

Since I like to imagine myself as a person who has at once a deep respect for his friends/reader as well as some sort of moral compass, I regret that I will only be joining Patreon such that I might share some of my good fortune with others.

Adam Shaftoe, Aurora nominated author of reviews, cock jokes, and other such ephemera.

PS: Your last email struck as a wee bit passive-aggressive. I give it four Mark Watneys out of seven. 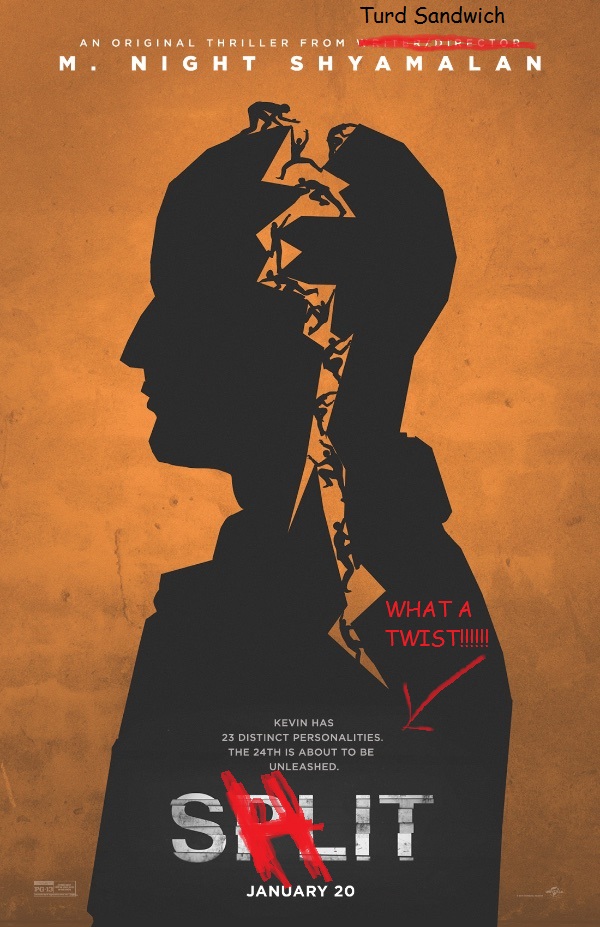