Does a game ever invite such ballyhoo as when it dares to remake one of the sacred cows of the 90s? In the year leading up to the release of Master of Orion: Conquer the Stars there was no shortage of angry commentary from the self-anointed guardians of Orion. Fie unto thee, bereft culture that refuses to innovate something new when it can make a buck off the past. And I get it, I really do. I have my own fond memories of playing Steve Barcia’s original Master of Orion. The language of contemporary 4X games – loaded though it may be – is encoded from the genes of Master of Orion and Master of Orion 2. How can any pretender to the throne, let alone one invoking the name of its hallowed ancestor, measure up?

Would that we lived in a simple world where MOO:CTS could be reduced down to the polemics of wretched Antaran hideousness or sublime Orion beauty. Rather MOO:CTS exists as an arid or heavy gravity planet, something acceptable but far from the Gaia-world we might lust after. On its own, this planet is perfectly serviceable. It won’t become a forge world, churning out battle fleets. Nor will it become a breadbasket, exporting colonists across the empire. This planet’s most defining feature is a Doom Star, Master of Orion’s nod to George Lucas, in close orbit. The name of this Doom Star is Master of Orion 2, and it casts a very long, very unfair shadow over our serviceable world.

This is what makes MOO:CTS such an interesting case study. I looked at this game and instantly saw it as a facile attempt at making a less-oppressively hard Master of Orion 2. Consider the Antarans, titular enemies of the second entry in the MOO franchise. Within the MOO lore, the Antarans are a race of militarist xenophobes intent on galactic conquest. They were ultimately banished to a pocket dimension by the more benevolent Orions. An Antaran emergence typically heralded the end of a Master of Orion 2 game, at least for me. Rarely were my fleets advanced enough to fight off the Antarans. Absent late-game defenses the Antarans would annihilate any planet they attacked. Imagine my rage the first time they came for Earth. Skip ahead to MOO:CTS and the Antarans are, at best, a pest. While their raiding fleets could easily stomp any early-to-mid game fleet a player could muster (see the Fabian Strategy for an effective counter) their planetary bombardments are limited to killing off a small percentage of the population while leaving infrastructure intact.

And here come the pitchforks and torches, yes? No. Because I’m recalling thirteen-year-old Adam playing his first round of the original Master of Orion, a game that played out over the course of his ninth grade Christmas break. Now I’m imagining a bad RNG leading to the Antarans showing up and smashing his Earth League in a single fell swoop. No matter how many times he re-loaded the game, the outcome would be the same: the game didn’t want him to win.

Would you, I, or anybody else have fallen in love with Master of Orion if the game’s first impression was to repeatedly and painfully kick us in the gender-appropriate bollocks?

To that end, my initial feeling that MOO:CTS is an over-correction becomes a mote of player context. As the Human Republic I out flanked the Darloks – the game’s master spies – built a research engine that put the Psilons – a race of typically peaceful scientists – to shame, and assembled a war machine even the combined fleets of the Klackon and Bulrathi – MOO’s industrialists and warmongers – could not match. I watched the Psilon fleet refuse to engage my battle fleet when I went to war with them out of boredom (NB: this lack of aggression was probably owing to the AI having access to the same stats I could read and thus concluding any move against my fleet would be suicide). I caught every spy the Darloks sent my way, executing some and ransoming others. When the Klackon told me not to settle near their empire, I dropped down a colony and received only an annoyed diplomatic message as a consequence. Every race forgave my asshole maneuvering. They all wanted my trade deals and non-aggression pacts. By turn 300 the Human Republic was the biggest, richest, and best armed civilization in the galaxy. Does this sequence of events sound too easy for all of us who spent the last fourteen years believing we deserved better than Master of Orion 3. Probably. But perhaps this game is exactly the sort of thing our much younger selves deserved.

I submit this game is what Wargaming.net’s CEO set out to produce when he acquired the Master of Orion rights: a game his kids could enjoy. NGD Studios made the game that would hook our younger selves into the lore and style of classic Master of Orion. So no, Master of Orion: CTS isn’t the second coming middle-aged gamers wanted it to be. It is not a perfect game, but neither was the original MOO. It was a game that gave us a sense of wonder while genuflecting to our wisdom as both strategos and imperator. It was the sum experience we loved, and it is the sum experience this game delivers to an audience who would look at MOO and MOO2 as unplayable relics.

Master of Orion: Conquer the Stars will never outshine the likes of Stellaris in terms of depth and complexity. Even if set against ecole nouveau games like Endless Space 2 or Stars in Shadow, MOO:CTS probably wouldn’t prove to be titan. It is, however, quite worthy to stand among those peers. It is a well-realized way of bringing the Master of Orion lore, as well as its tongue-in-cheek homage to the science fiction of days past, into the contemporary fold. It does it’s job, even if we have outgrown it. 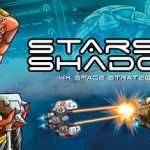