Over the last week I’ve used my spare time on the elliptical glider to watch the three Berserk movies currently on Netflix Canada. The Golden Age Trilogy shows the origin story of Berserk’s laconic and over-sized-sword wielding hero, Guts. It frames Guts’ relationship with both his former mercenary commander, Griffith, and his love interest/ward, Casca.

Allow me to summarize the entire production with a single question: what the hell did I just watch?

Why did I watch these movies? Why do these movies need to be a thing? Other than to give the audience a master class in bloodsplosions, The Golden Age Trilogy lands with an utter thud. There’s no real depth added to Guts’ character arc, at least not compared to what I’ve got out of two seasons of the 2016 Berserk anime series – a series that seems to make a lot of people, or at least the people who leave comments about an anime series in the comments on Crunchroll – angry on aesthetic rather than narrative grounds.

Speaking to the current series, I’ll admit that I derive a certain odd satisfaction in engaging with one of the most graphically violent things I’ve ever seen. The series is a laboratory experiment for reflecting on human brutality. I don’t enjoy the guts and gore, per se, but I also find a bit of catharsis in its untamed approach. It’s the Cronenberg effect. And even if Guts is a study in the monstrous, the supporting cast tend to lend a bit of much needed charm to things. I guess that’s why I spent the time on The Golden Age arc. I was looking for the humanity at the periphery of the hideous.

Would you like to know what I got out of those three feature-length movies? Well it rhymes with grape.

It’s like the entire trilogy of films exist to furnish opportunities for showing Casca getting raped. Each movie features no less than one rape scene for Casca. And here’s the thing, the scene where a buck-toothed country bumpkin tries to rape child-Casca is the least-most fucked up part of the entire process. At least Griffith shows up in time to give her a sword and invite a little Tarantino-esque revenge. Somehow this lazy trope is not the worst part of this ordeal.

The worst part happens when Griffith, following a year of torture and humiliation at the hands of the monarch he spent four years serving, offers his friends to a pile of demons in exchange for becoming a demon prince. Guess what happens to Casca then.

It rhymes with grape to completion, and Guts, as the point of view character, is made to watch it. Because Casca’s humiliation informs his man pain. I’ve seen stand-up comedians asking if the audience got the joke who were less obnoxious.

And this is the back story for Berserk. THE BACK STORY. Guts loses an arm and an eye trying to stop Casca getting demon raped by her former mentor/saviour turned demon prince, which leads to her being cast into the perpetual stupor and delirium that is inherent to her character in the contemporary series. We needed three movies to build up to that which can be summarized in a three sentence piss take?

This, right here, is why people think anime is immature, puerile, and stupid. 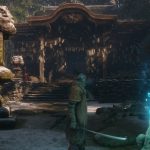 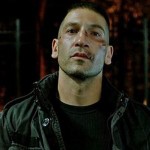