Few words cause me more trepidation than “inspired by the works of H.P. Lovecraft.” I say this in full recognition of the fact that I own half a dozen board games inspired by Lovecraft’s writings. I’ve also given glowing reviews to a couple of Lovecraftian-inspired horror anthologies. While we’re on the subject, I once wrote the introduction to a friend’s short story collection, which featured one of the best contemporary takes on Lovecraft I’ve ever read. It’s fair to say, I like the mythos. More importantly, I enjoy how modern writers engage with and deconstruct the mythos.

From my point of view, Lovecraft’s writing has endured because he explores fear amid a time of social and technological change. What has the last century been if not in a constant state of technological evolution and social upheaval? In some ways, Lovecraft is a writer perfectly suited to modernity. The problem arises (and it is a big problem) from Lovecraft’s regular use of the most tedious and pedestrian sort of racism and orientalism to underwrite the themes and settings of his stories.

Pair this ugliness with the practical problem of Lovecraft’s prose being, at times, utterly boring, and it underscores why I think there’s a need to take a specific approach to Lovecraftian derivations. When Lovecraft highlights so many retrograde ideologies of the 19th and 20th centuries, a contemporary artist needs to have a sense of intention to their work. In Conarium’s case, the ambition comes from the desire to build on Lovecraft’s idea of an alien space, absent the terrestrial race cues that might otherwise alienate the audience.

Conarium styles itself as a re-telling of Lovecraft’s At the Mountains of Madness. This is an interesting choice of subject matter. I have less-than-fond memories of At the Mountains of Madness as a profoundly boring story. From a modern reader’s point of view, it is a long, plodding, and ultimately unfulfilling exercise in world building. Its denouement is a raspberry at the audience in the form of “this thing I’ve spent 10,000 words building toward is far too frightening for the likes of you. #DealWithIt” None of these things should lend themselves to making a good video game. Yet Conarium builds inroads to the subject material through an approach that we’ve seen in the likes of Dear Esther, Event[0], and The Turing Test.

Exploring Antarctica base and the ruined city of The Old Ones has the feeling of wandering through an art installation. No small part of this is due to the fact that Conarium’s visuals are sublime. While I’m not one to prattle on about graphics, I wouldn’t be doing my job if I didn’t comment on this title as a glorious and unsettling vision of an alien landscape on our own world. For my time, nothing in Lovecraft’s writing ever painted his places with the same detail seen in Conarium. Everything in Conarium’s setting oozes, sometimes literally, with an unworldly nature and an inherent sense of danger. From what I remember of At the Mountains of Madness, the alien space was little more than a combination of geometric impossibilities – the impossibility expounded on in great detail – and ruins indicating a decidedly utilitarian design.

Conarium pivots from such dry material into the embodiment of the old writers’ maxim about showing rather than telling. The events of the game, as seen in the demo, invite confusion, questions, and a dangerous allure to the broader events unfolding around the player character. The attention to detail, though stunning, is subtle. Where Lovecraft explained everything to his readers, the team at Zoetrope Interactive indulges in no such heavy handed exposition. Players inhabit the space for the purpose of gradually peeling back the narrative layers.

This leads to an exploration and puzzle solving experience that is apt to be savoured. I wanted to take my time and look at everything. I didn’t mind not knowing what might be a clue and what might otherwise be set dressing. And unlike so many puzzle games that are content to let a player be hoist on their own petard when they miss something important, Conarium threw the odd, “Hey you might want to grab that thing,” at me.

Some might be inclined to see such direct dialogue between game and player as a fourth wall violation; I’m content to respect a clever mechanic when I see one. Even as a press demo, Conarium wanted me to have a second or third run at things – particularly when my first play through led to being consumed by some sort of other-worldly creature. Repetition in a game whose approach is rooted in highly-detailed visual storytelling and finding key items could invite some considerable frustration. Anybody else remember rage quitting Myst? Conarium finds its balance in creating an experience where nothing important is given away for free, but a respect for the player’s time, such that there’s only so much goodwill a person might extend to a seemingly insoluble mystery, remains at the forefront.

Returning then to the first points of this essay, one can safely set aside any reservations that Conarium exists to celebrate the troubling parts of Lovecraft’s legacy. Indeed, the game seems forthright in its desire to engage in a dialogue on the poorer techniques of Lovecraft’s writing. Where Lovecraft can be ponderous, dull, and particularly frustrating when it comes to hand waving over “horrible” things as being beyond one’s mortal comprehension, Conarium is sharp, engaging, and captures a sense of wonder with a level of polish that is at once stunningly executed and seemingly effortless. Not since the Shocks, both System and Bio, have I been so entirely taken in by a game’s sense of place. I eagerly await seeing all of what Conarium has to offer in its finished state. 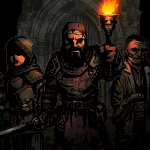