A score and four days into this project, and I am almost 80% through Cowboy Bebop’s first arc. I dare say this show is full of surprises. Though, I continue to wait for Faye’s turning point. Even Ein shows more humanity than she does.

For a show that prides itself on rejecting convention and becoming one with the inherent experimental nature of jazz, I really hope we get an entire episode told from Ein’s point of view. If the dog is going to be a named character in the opening credits, then he deserves at least one episode where he does super space dog things. Or even better, an Ed and Ein adventure.

Unrelated to the above, I know the police station in the below picture is supposed to read as “Theroit Police,” but in my sleep-deprived head, I imagine it as “The Riot Police,” which is some sort of space-punk band that opens for Spike and Jet once they get tired of bounty hunting. 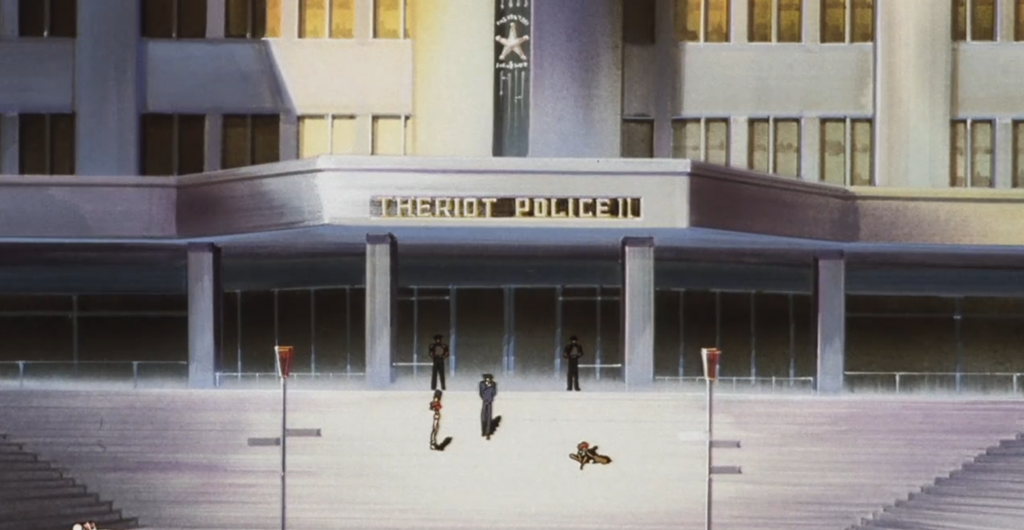 Hello, Ganymede. Are you ready to rock with The Riot Police?

And since Ganymede is a terraformed ocean moon in Cowboy Bebop, I think it’s only appropriate to share this gif…for posterity’s sake.

Episodes Viewed77%
Drafts Written69%
Reviews in the Can0%