As much as I wanted to spend the day playing Destiny before going out to *checks notes* drink in the new year, I couldn’t bring myself to let 2018, a year that aged all of us five years, come to a close without putting a few thoughts together.

Every year I set out to make it the year where I hit an arbitrary checklist of things that will make me feel like I have arrived. Items on this list include cracking a professional paying fiction market, having The Atlantic pick up one of my essays, or moving into a day job that will make me feel like I wouldn’t be a disappointment to my teenage self. It would be too easy to look back on this year – a year where none of those things happened – and write 2018 off as a failure. That said, I know there is some recent iteration of me who would have done just that. He would have seen the year in terms of artificial goals left unmet and slunk into a funk. On this day, this version of me sees 2018 as too complicated to evaluate through a checklist of achievements. There are too many nuances and too much gradation to balancing creative Adam and professional Adam, both of whom rebooted themselves in the image of Guardian Adam, to place this year on a binary of good or bad. I think, though, that this was the first year since the cancer story started in 2015 that I wasn’t so fixated on my own potentially looming mortality that I had the mental reserves to become someone a little better than my default setting. 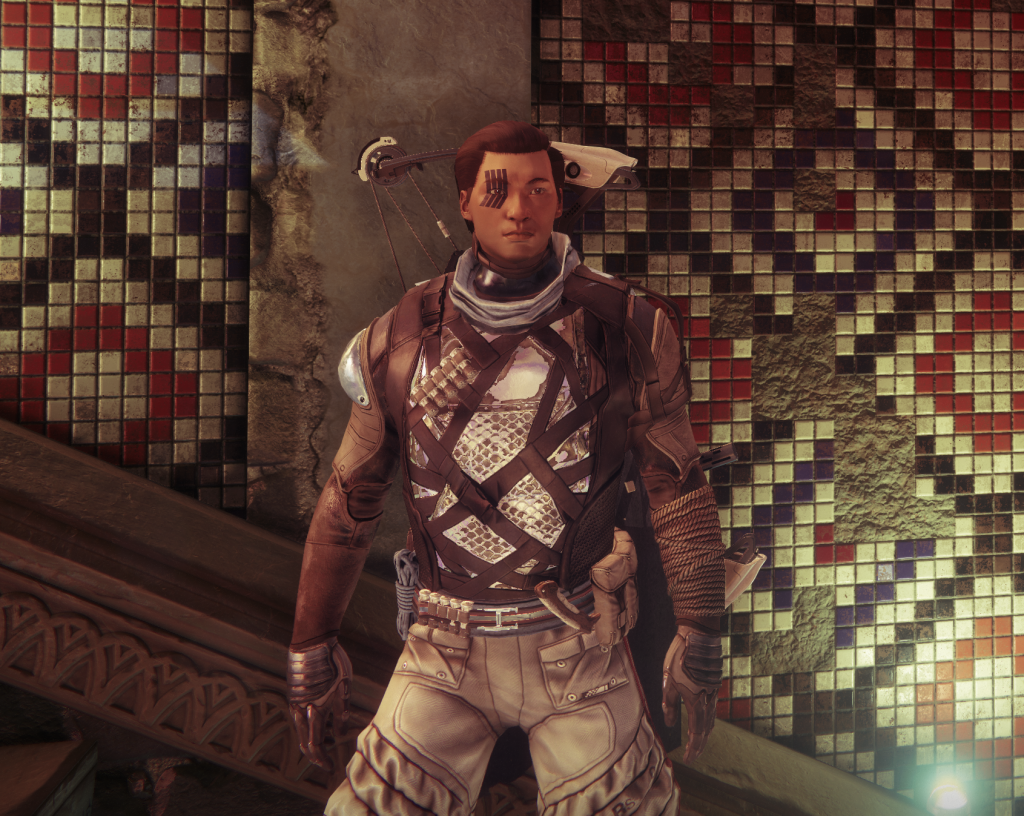 I saw in my Guardian the powerful version of myself I used to know, and the potential to become him again.

Part of this change was foisted upon me. You know how Spock was both Science Officer and XO on the Enterprise? That happened to professional Adam this year. This year I went from being a department head (albeit of a small department, but still more people than just myself) to being the de jure second-in-command at my place of employment. Despite all the training, trial by fire, and wisdom – ersatz or otherwise – from leadership experts, the best advice I got about leadership came from a friend of mine. We were talking about my perceived insecurities as a leader. I felt the need to build a better version of myself as a leadership persona, something that I could slip into and out of as I moved through my day. She said, “nobody gets to choose their captain, but you can choose to be the captain you think you deserve.”

Conventional leadership theory holds that one has to be their most genuine self to be an effective leader. I tend to disagree. My most genuine self can be moody, quick to despair, selfish, and insecure – imagine Hawkeye Pierce on a bad day. My team has never seen that side of me. They see Wedge Antilles, Takashi Shirogane, Susan Ivanova, and maybe a little Cayde-6.

The more interesting question is if this version of me is merely a persona, a character I play in exchange for health benefits and a pay cheque, or if it is a natural evolution of who I am when I don’t have to spend quite so much of my day wondering if this month might be my last month. I honestly don’t know. Perhaps it is enough to know that I have a capacity for change and a willingness to be the kind of person others look to for direction and support. Maybe nobody can be that person all the time, and that’s the reason why every Starfleet captain escapes into something other than their own life be it water polo, astronomy, literature, archeology, cooking, or LARPing.

In shedding enough cognitive burden to try and evolve professional Adam, I found myself wanting to do more with creative Adam. This led me to writing a thirty-thousand word review of Cowboy Bebop. Never have I had so much to say about a show I found to be so entirely and thoroughly…average. I’m not sure what unique sort of madness possessed me to undertake that project. I think it might have had something to do with me finally hearing the people in my life who encourage me to do all of the things. In the past, I’ve tended to assume those voices were merely polite and perfunctory. Now, I’m looking back on that achievement with another five short stories written and 2/3 of a new novella finished. Nothing has sold, yet, but the work got done, and it is work I don’t think I could have done before this year.

And then there is Android Dreams – a cyberpunk RPG podcast where we solve the problems of the corporate dominated future with high concept music videos. I don’t have enough words to properly thank Dave, Sarah, Mike, Numi, and Omar for letting me join their podcast. All of you are brilliant and it is my humble pleasure to get to work with you and bring this version of myself to the table.

I tried hard, but often wasn’t up to the task at hand. I leaned on a lot of people, and those people were generous with their time and emotional labour. They saw something in me worth the investment, or, at the very least, they saw me as someone worthy of kindness, even when I stumbling and raging amid the darkness.

Shoulders squared to the things that scare me and listening to the people supporting me and/or needing me to support them. This was the year I decided to turn gratitude to action and start doing right by everything everyone has done for me over the last few years. One small and quiet act after another to try and improve my internal process while doing better with what I am putting out into the world. There were stumbles, backslides, and mistakes. There were times I charged when I should have withdrawn; there were times I hesitated when I needed to act. There were times when I still shut my door to privately give in to sadness and despair, but every time I found my resolve and got on with whatever needed doing.

I think, I hope, I got more right than I got wrong. I hope I’ve demonstrated where I’ve learnt from my fuck-ups. I hope I am becoming the right kind of captain.