There’s a certain arrogance that comes with my writing something like this. Interesting people write retrospectives on their accomplishments. It’s not typically the dominion of the borderline pariah, such as yours truly, to invite the mighty to gaze upon their works, such as they exist.

Yet a simple truth remains: I want a victory lap. And it matters not at all if nobody reads this. I find myself driven to measure the year I expected against the year I had. In doing so, I’ll let one part of my psyche have a chat with the part that is sitting in the corner, looking for ways to shoulder every outcome. That part still thinks there is control in trying to be Atlas. If nothing else, perhaps these words might be of value to someone else who sees themselves in a similar lens.

I imagined 2019 as a year to focus on creativity. Clean scans pushed the ever-present menace of resurgent cancer into the margins. Likewise, I was through the worst of my leadership growing pains at work. For the first time in many years, I felt a sense of space. I used that space to write a novella and, if I may be so bold, create some of my best short fiction. Meanwhile, Rebecca and I decided to start the process of buying a house. In so much as the end state of adulthood scared me – and still does – I took some small joy in knowing I had turned things around. Over the span of a decade, I had gone from a career and creative nadir to giving a damn about my own life.

I looked in the mirror in April of 2019 and saw Lt. Commander Shaftoe looking back at me. He wasn’t the version of myself that I had imagined in my youth, nor was he the best possible version of myself. He was a version of me who had struggled with his fear, insecurity, nihilism, and existential dread, and grown for the process.

All I wanted for the spring and summer of 2019 was to kick back, get some stories to market, and spend some time working on a professional designation. They were humble plans, to be sure. They were plans that changed on a dime when my boss took me out for a drink to tell me that he was leaving. Considering that he and I had never had a day drink together in three years, it was a better conversation than I was expecting. I figured I was getting sacked. Instead, he offered me the big chair. Command. Captain Adam Shaftoe.

I never gave up hope that one day I might move up into a c-suite job. Like Commander Adama, I let it drift from something to be chased into a conceptual ambition. At my most generous, I saw command as something two or three more steps down the career path. There was a moment during our conversation where I recall saying something along the lines of, “I figured we would have another year to round out this executive apprenticeship.” He considered my words for a moment and then took a pull off his beer. “We skipped a few chapters in the middle. If we kept this up for another year, you and I would have started locking horns. You’re ready.”

If there is a universal truth about leadership, it must be that there is no such thing as ready. Life might be busy from the second-in-command’s station, but there’s a weight to leadership that exists nowhere else in the organization. It is as if the gods dialed up the gravity for me and me alone. There was a weight to every decision. Each choice must come with a consideration on the greater good of the organization. With that comes the unending and unyielding realization that any mistake on the part of the leader has an impact on the greater whole. Such revelations seldom came when I was in the office. They hit four beers in at a BBQ on a Saturday afternoon, or while stealing an hour at the gym, or at four AM when I couldn’t sleep. The weight of command makes demands on its own schedule, and that requires being prepared to slip into the command persona on a moment’s notice. Such a reality put me in a place to consider if it might not be easier to never take off that mask.

For four months, I refused to let that extra weight break me, even if it did wear me within an inch of collapse. Each week saw a new problem of funding, staffing, operations, or government throwing me a curve ball. Acting Captain Adam Shaftoe didn’t have time to be indecisive. There were not enough hours in the day to indulge in flights of tedium. There was funding to secure. There were jobs to protect. And there was the insurmountable task of dropping “Interim” off my CEO title.

I didn’t have the year I expected as a creative human being, but my ability to research and write racked up six figures of revenues. That’s a hell of a lot more than whatever penny-a-word fiction sales a hack of my standing might have reasonably expected to land. I protected my people from every rogue wave, and I showed them that I could ride some of those waves for the good of us all.

I did do one thing for myself amid all of this living for other people; I started learning Japanese.

Fifteen years ago a sessional instructor told me that I, like everybody else enrolled in JAPA 1F00, wasn’t smart enough to understand にほんご.This sessional, who clearly styled themselves after an asshole take on Yoda, said that as teenagers and people in their 20s, we had started far too late in life trying to learn a language as sublime as Japanese. We were, without a doubt, largely doomed to failure. Nineteen-year-old Adam didn’t have the steel to press on in the face of such a denunciation from on high. That version of me hadn’t seen Scout Legion Commander Erwin screaming defiance in the face of his own mortality. Young me was also so used to getting kicked that it never occurred to him that no booting is inevitable.

Mastering French or starting Mandarin would have been better career moves. At the very least, either of those languages would not have come with the steady stream of side eye I’ve collected in the last six months, because only weebs, swordbois, and other sundry Japan fetishists want to learn Japanese. Adam hears you. Adam cordially invites you to go fuck yourself. It’s an amazing language, and after studying Latin for two years, Japanese grammar and structure really aren’t that intimidating. Kanji is challenging, but what’s life without challenge?

Embrace the challenge: that’s the philosophy I tried to tell myself when my first command came to an end. I wasn’t the guy.

There is, in my estimation, a dearth of leadership treatises dedicated to the subject of bravery. Too often bravery is conflated with boldness in decision making and its ugly cousin brashness. Bravery, in my experience, is having to tell your team that you won’t be their leader while your board chair watches and measures. Bravery is having to shut down your team’s impromptu show of support because it might be seen as resistance to a change process. Bravery is surrendering the extra braid on your sleeve with a smile. Captain Pike didn’t prepare me for this. All I had was a single aphorism from Captain Picard: sometimes it is possible to make no mistake and still lose; that’s not a flaw, that’s life.

Lt. Commander Shaftoe didn’t have time for philosophy and self-pity, much as I wanted it. I still had a team to protect. I had to show a new captain that their crew was exceptional, and that the best path forward was to invest in keeping their team together. Commands may come and go, but leadership never seems to end.

I look back on this year and I wonder how many other versions of me learnt that lesson, and how many others flamed out? Who are the ones that couldn’t hack the rejection and imploded? What could I say to the ones who look in the mirror and, like me, don’t know who is looking back at them and don’t know what to do next. I spent three years learning how to be a good leader, not even truly knowing if it was something I wanted. When it came along, much to my surprise, I found command honed me into a version of myself I didn’t think possible.

And now it is gone, and I’m left with the fallout. Once more a career path at the crossroads. Time spent trying to do the right thing for others turning into the isolation that comes as a function of good command. Leaders don’t blow their own horns. They don’t demand kudos or accolades for doing the right thing. They square themselves to their convictions and live with the consequences because sometimes the right choice is not the one that collects all of the high fives.

But today, on the last day of the decade I’ll allow myself this one small indulgence. This one moment to tell my story and say that I did everything I could this year to make everything work. Some choices were easy, others took more than they will ever give me in return. On reflection, I made the best choices I could with the information I had at the time. I have learnt from my mistakes as best I can. And when, in the privacy of my own thoughts, I dared to ask myself “why?”, I came back to Admiral Yang. 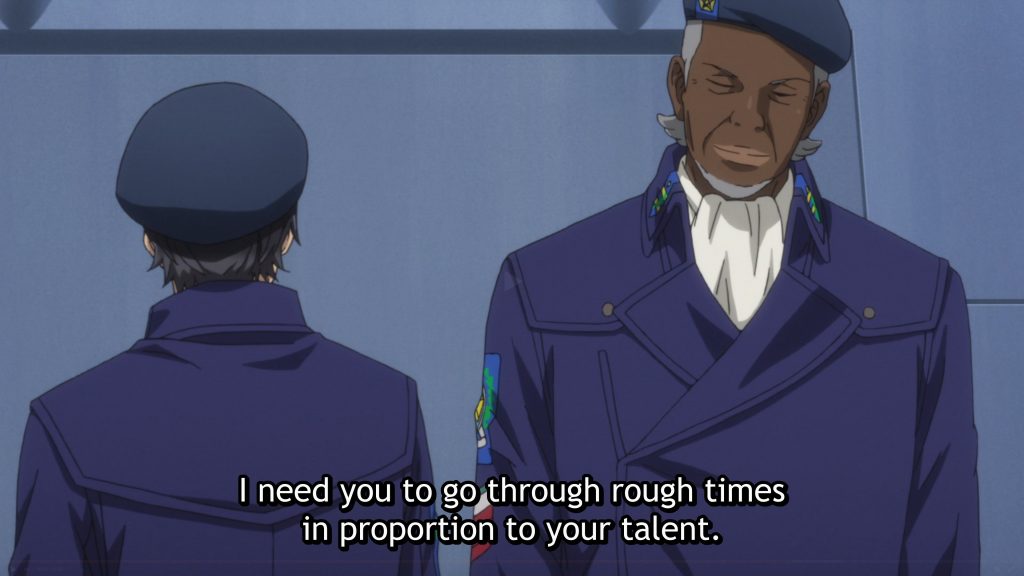 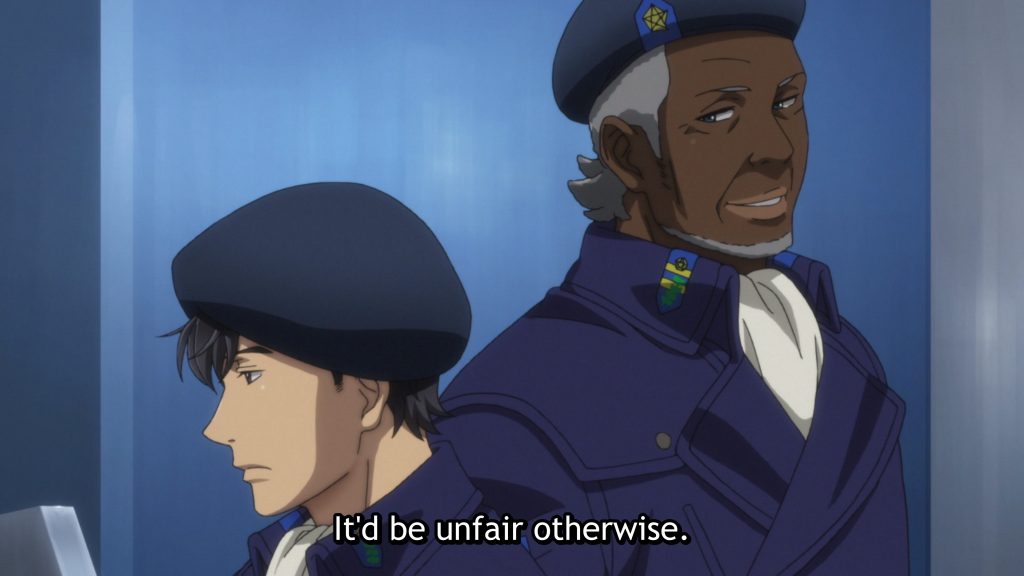